Chelsea Clinton: ‘I Am Not Running for Public Office’ (EXCLUSIVE) 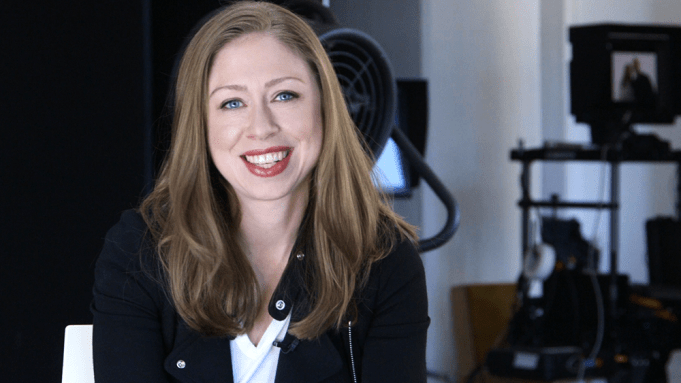 Since the election, there’s been endless chatter that Chelsea Clinton might follow in her parents’ footsteps. But in an interview with Variety, she quashed those rumors.

“I am not running for public office,” Clinton said.

Clinton has been grilled about a number of hypothetical political careers since she was a young girl, growing up in the Arkansas Governor’s Mansion and the White House. “I really am constantly surprised by the stories of me running for, fill in the blank—Congress, Senate, City Council, the presidency,” Clinton said. “I really find this all rather hysterical, because I’ve been asked this question a lot throughout my life, and the answer has never changed.”

Clinton, 37, maintained that while it’s important for young people to consider public service, prospective candidates should ask themselves several questions: “Do you have a vision for what you want to do in this job?”

And, she continued, “Do you think you’d do a better job than whomever else is there now?”

“I love my City Councilwoman—she’s awesome,” Clinton said. “I’m obsessed with Tish James, who is our public advocate in New York City. I support our mayor. I love my Congresswoman. I love our senators. I clearly do not support the president and certainly hope that he is defeated in the next election, but I don’t think I’m the best person for that job.”

She added, “If someone steps down or something changes, I’ll then ask and answer those questions at that time. But right now, no, I’m not running for public office.”

Clinton spoke to Variety for its annual Power of Women New York issue, which shines a spotlight on philanthropic causes. As the vice chair of the Clinton Foundation, Chelsea Clinton is being honored for her work with Alliance for a Healthier Generation, which empowers kids to develop good lifelong habits around nutrition and physical activity.

For more of our interview with Clinton, check out Variety’s Power of Women issue, on newsstands next month.