From ‘Master of None’ to ‘Crazy Ex-Girlfriend,’ First-Time Showrunners Make an Impact 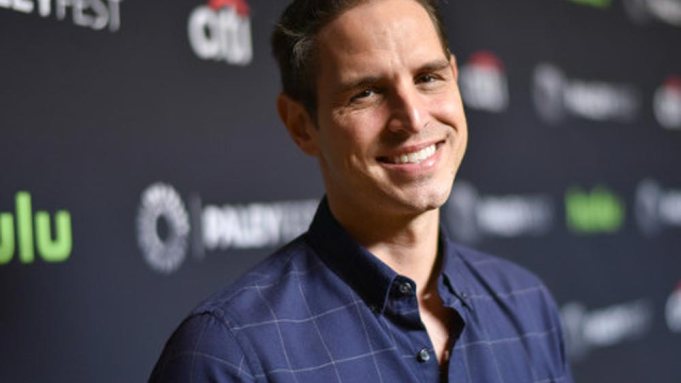 In the era of peak TV, there’s no single path to becoming a showrunner.

Writers used to work their way up through a system and patiently wait their turn to run their own show. But the proliferation of outlets, increasing demand for bold content, and opportunities to scale a show to specific creative needs have combined to open the door for showrunners of various backgrounds and experience levels.

Six freshman series from the past year made Variety’s TV Producers Impact List with first-time showrunners at the helm: Showtime’s “Billions,” NBC’s “The Carmichael Show,” The CW’s “Crazy Ex-Girlfriend,” Netflix’s “Master of None,” Hulu’s “The Path,” and WGN’s “Underground.” The only common link among the six is that they don’t conform to traditional notions of TV.

Take “Master of None,” a star vehicle for former “Parks and Recreation” cast member Aziz Ansari, that he created with “Parks” writer Alan Yang. While they worked on the first season of “Master” with “Parks” showrunner Mike Schur, this is the first time either Yang or Ansari wore the showrunner hat.

“Alan and I had a pretty clear vision of what we wanted to do,” Ansari says. “We wanted to take some chances to do ambitious stuff. We didn’t know if we’d ever get a chance to do a show like this again. This thing where people are just giving you money and a lot of creative control, someone’s gonna f— it up. We gotta get it while we can, and make something cool.”

Ansari and Yang drew on personal experiences to craft standout episodes like “Parents” (dealing with the immigrant experience in contemporary America) and “Indians on TV” (tackling the stereotyped casting and lack of opportunity for Indian actors).

A personal connection to the material is one way to convince studios and networks that a first-time showrunner is right for the job. When Jessica Goldberg was pitching “The Path” with her “Parenthood” boss Jason Katims, it was clear that even though he was the established name, she’d run the show — which came out of her desire to explore a fictional religion.
But taking on a showrunner job means more than just shaping the story.

“I had come from film and playwriting, [where] you’re in a room by yourself,” Goldberg says. “You don’t think about budget, or those things that become really important when you’re a showrunner and looking at a bigger picture. Talking to department heads and executives, taking notes and not getting upset — all these things are very unique to this job.

“The hardest part for me was being in front of it beyond my writing. That was the learning curve ­— selling your ideas and articulating them to all different departments.”

That can be an adjustment even for those with extensive experience in TV. “Underground” creators Misha Green and Joe Pokaski met as writers on “Heroes,” and have individual credits that span “CSI” to “Spartacus.”

“As a staff writer you sit in the room all day,” Green says. “You see showrunners popping in and out of the room. You think, ‘Aw man, I’m gonna be able to make my own schedule [when I’m a showrunner].’ Then you find that schedule gets made for you.”

Aline Brosh McKenna began her career in TV, working on multiple pilots that didn’t ultimately go to series. After writing a slew of successful features (“The Devil Wears Prada,” “27 Dresses,” “We Bought a Zoo”), she was lured back to TV by the opportunity to help scribe and star Rachel Bloom realize her vision on “Crazy Ex-Girlfriend.” When the pilot was picked up by Showtime, before going to series at The CW, McKenna made the commitment to showrunning.

“I had talked to a lot of people and they all said, ‘Kiss your life goodbye,’ ” McKenna says. “If anything, people had made it super scary. You would get a very downbeat view of the lifestyle of a showrunner. I was very daunted.”

When “Crazy Ex-Girlfriend” changed networks, it also meant planning more episodes (the first season was 18) and a longer running time (an hour with commercials, versus cable’s commercial-free half-hour). “Getting episodes out is a little bit like that ‘I Love Lucy’ where she’s trying to wrap the chocolate,” says McKenna. “You wind up shoving some of it in your face. You have to make a movie every three weeks. I would get giggly about it, because at the end of the season we’d done 900 minutes of programming.”

Stepping into the showrunner role meant prioritizing decisions, relying on crew members with extensive TV production experience, and staying calm in high-pressure situations. “I try to avoid what I call fauxmergencies,” McKenna says. “As far as I’m concerned, if no one’s bleeding it’s not really an emergency because we’re just making a TV show.”

Danielle Sanchez-Witzel worked her way up the old-fashioned route with staff jobs on network shows from “My Name Is Earl” to “New Girl.” When “The Carmichael Show” creators Jerrod Carmichael, Ari Katcher, Willie Hunter, and Nicholas Stoller needed some punch-up work on the pilot presentation she pitched in, and her relationships at NBC and 20th Century Fox Television ultimately led to her landing the job as showrunner. For Sanchez-Witzel it was both a longtime dream come true, and an immediate reality check.

And the perspective shift is instant. “I’ve called showrunners I’ve worked for and said, ‘Oh my God, I’m so sorry. I didn’t totally understand what was happening. If there was ever a day I’ve made your life harder, I’m so sorry,’ ” she says with a laugh. “You can’t have that perspective until you do it.”

As “Underground’s” showrunner Pokaski says: “You learn both the good and bad from your old bosses. There are a lot of times you’re sitting there on staff in a writers room saying, ‘I’m never gonna do that when I’m a showrunner.’ I’m pretty sure I’ve done every single thing I said I would never do at least twice.”

Going into “Master of None,” Yang knew he wanted to channel some of Schur’s showrunning style. “What I learned from ‘Parks and Rec’ is to have a positive energy,” Yang says. “Don’t knock people down for no reason. Have an open atmosphere and be really supportive and positive and friendly.”

With the ever-blurring lines between film and television, many showrunners — such as Goldberg and McKenna — are bringing feature-film experience to the set. David Levien and Brian Koppelman (whose credits include “Ocean’s Thirteen” and “The Girlfriend Experience”) wrote the mini-series “Tilt” for ESPN earlier in their careers, but always knew they wanted to create a prestige drama for premium cable. They seized the opportunity with “Billions,” and asked friend and colleague Steven Soderbergh for advice.

“Steven’s always an inspiration to us,” Levien says. “Sometimes the advice doesn’t exactly apply because we’re mortals. He can share some things, but it’s a little bit like Yoda telling you about a lightsaber.”

Koppelman adds when Soderbergh read the script, he “immediately added value and gave us an idea or two that were central to the way the show came together.”

And, as Soderbergh himself can likely attest, working in the television medium brings its own unique rewards. “Suddenly you’re working with people you really admire and you can do deep long-term work with them,” Koppelman says. “You can write a four-episode arc for an actor who means a lot to you and there’s every chance they’ll come do it. Those things are unmitigatedly joyous experiences for a creative person.”

Levien and Koppelman also have the advantage of working as a team. While even the solo showrunners Variety spoke with emphasized the collaborative aspect of the job, those who work in pairs admit they lean on each other to split up the workload.

“How does anyone do it by themselves?” Green wonders. “It’s a lot easier not only for bandwidth, but making sure you’re not crazy,” Pokaski adds. “If we get a note or we run into an obstacle, we have each other to lean on and say, ‘What’s the solution?’”

At the end of the day, rewards far outweigh stress. As Yang says of his collaboration with Ansari, “We really push ourselves hard. We have that East- and South-Asian work ethic. It’s a lot of decisions to make, but we’re not working in the salt mines. It’s a fun job and privilege to get to do it.”