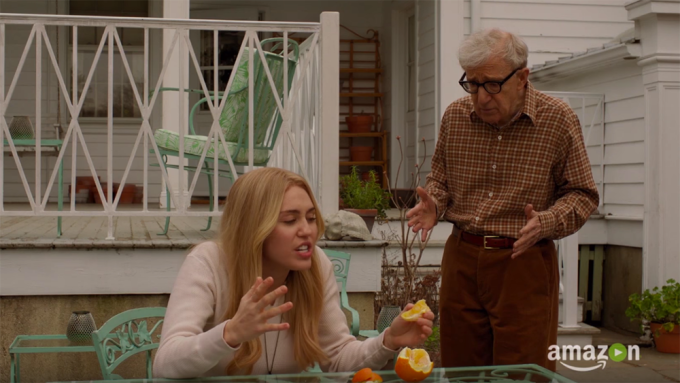 Amazon released the first trailer for Woody Allen’s television foray “Crisis in Six Scenes,” just about two weeks before the series is released on the streaming service Sept. 30.

The trailer indicates that the show will not shy away from being self-aware: “I’ve been working on an idea for a television series now,” Allen tells his barber while getting a trim.

“Oh I see, the usual dysfunctional family with the wise-crackin’ wife and kids and much-harassed husband kind of thing?” the barber asks. Allen simply stammers, shrugs and concedes.

“Crisis in Six Scenes” is set during the 1960’s. It focuses on Allen and Elaine May who play heads of a suburban family that is interrupted by a hippie character played by Miley Cyrus.

In the trailer, Cyrus tells Allen, “I don’t dislike you… just everything that you stand for.”

The series, written and directed by Allen is six episodes long, with each episode running 30 minutes. This marks the first time that Allen has taken on a television project of such magnitude.