‘Will & Grace’ Cast Reunites for Modern-Day Episode on the Election 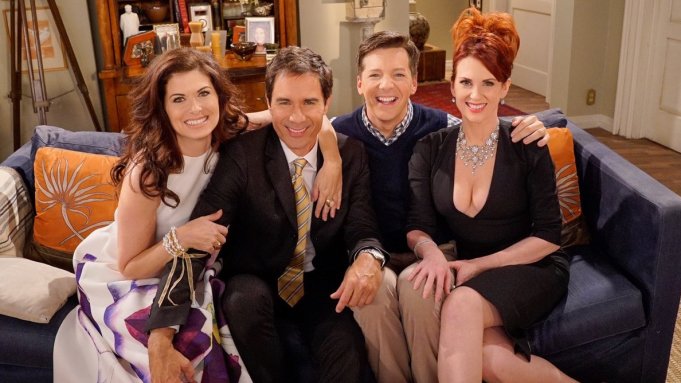 UPDATED: The cast of “Will & Grace” stirred up a Twitter firestorm with cryptic tweets that began surfacing over the weekend.

As it turns out, the stars of the NBC series were getting together for a new, nearly ten-minute modern-day episode regarding the 2016 election — released just hours before the big Hillary Clinton-Donald Trump debate on Monday.

In the episode, Will and Grace gather in the old apartment to talk Trump and Clinton, and are unsurprisingly joined by Jack and Karen, who have some opinions of their own.

The actors sent fans into a frenzy when star Debra Messing posted a group photo on Sunday, posing with her co-stars Eric McCormack, Megan Mullally and Sean Hayes. On Monday, speculation began to center on the sitcom stars filming a video in support of Democratic presidential nominee Clinton, in the vein of the similar video released earlier this month by cast members from another vintage NBC series, “The West Wing.”

The chatter grew on Sunday after each cast member posted a photo of themselves appearing to be in character on the set of the former NBC sitcom. McCormack appeared to be holding a script in his hand in his photo, while Mullally’s picture included the caption, “I remember this place.” Messing’s photo, posted on Sunday, teased, “I feel like something BIG is going to happen tomorrow.”

On Monday, the entire cast posted a teaser video, which spelled out “Will & Grace is back.”

Then, Hayes posted a photo on Twitter of the cast in character with the caption: “We’re baaaaaaack!”

NBC sources were unaware of any reunion or reboot plans for the show that aired on the Peacock from 1998 and 2006. The show was also produced by NBC Studios.

Messing has been a vocal supporter of Clinton on social media and other platforms. The gang later tweeted graphics with the hashtag #VoteHoney.