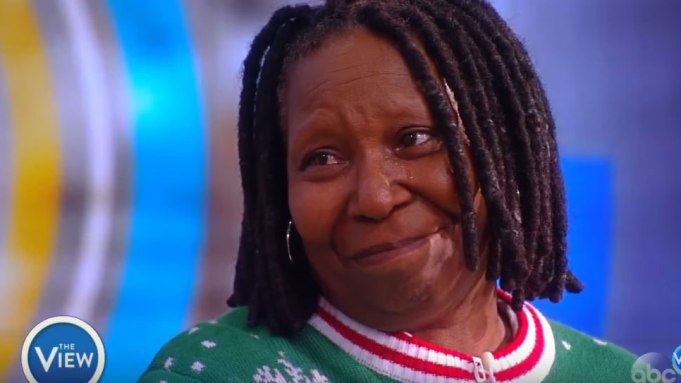 Whoopi Goldberg was brought to tears on “The View” Thursday after being awarded the Elizabeth Taylor Legacy Award.

The honor was bestowed upon the actress/activist on World AIDS Day.

Goldberg and Taylor were close friends who stood on the front lines battling the stigma of AIDS and helped those with the disease throughout the ’80s and ’90s. As a resident of the San Francisco Bay Area, Goldberg was personally affected by the pandemic.

Her “View” co-host Sara Haines surprised Goldberg with a video tribute, which included messages from Colin Farrell, Lionel Richie, and Elton John. “You and I knew Elizabeth very well,” John said in the video. “You stood up with Elizabeth and lent your voice to the fight when no one else would.”

At the end of the tribute, John announced that Goldberg would receive the Elizabeth Taylor Legacy Award, much to her surprise.

Check out the emotional video above or click here.