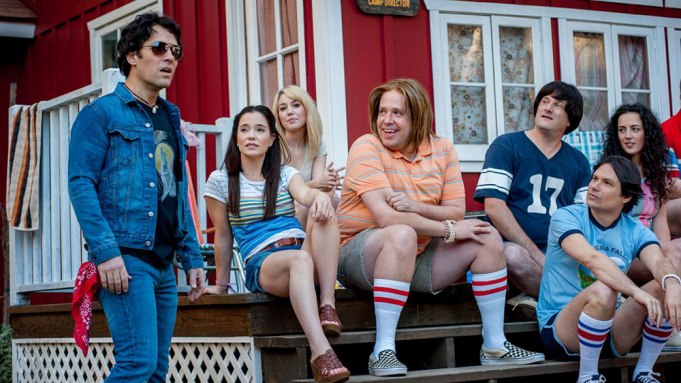 Netflix is going back to summer camp — 10 years later, Variety has learned.

The streaming service has greenlit “Wet Hot American Summer: Ten Years Later,” which will again be set at Camp Firewood, but there’s a catch.

Netflix’s upcoming series will take place 10 years after the original 2001 film, and should not be considered a sequel to “First Day of Camp,” the eight-episode series that streamed on Netflix last July and featured many of the film’s original stars, including Amy Poehler, Paul Rudd and Bradley Cooper.

“Ten Years Later” will include eight all-new 30-minute episodes and is slated for a 2017 premiere. No casting information is currently available.

The series will be written by the “Wet Hot” original creative team of Michael Showalter and David Wain, and Wain will direct. Executive producers are Showalter, Wain, Peter Principato, Jonathan Stern and Howard Bernstein.

Set on the last day at a summer camp in 1981, “Wet Hot” disappointed at the box office, but went on to become a cult favorite.

Netflix’s revival “First Day of Camp” garnered mostly positive reviews with Variety critic Brian Lowry writing, “Netflix’s usage metrics remain shrouded in mystery, but one needn’t be a genius to see what attracted the streaming service to ‘Wet Hot American Summer: First Day of Camp,’ an improbable and wholly silly prequel to a 2001 movie most notable for all the people in it who went on to bigger and better things.”