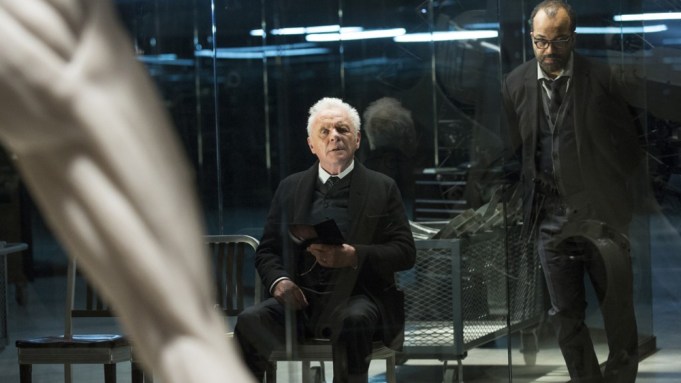 HBO released the first full trailer for its sci-fi western “Westworld” on Sunday night, almost a year after debuting its first teaser.

Set in a futuristic world, “Westworld” takes place inside of a theme park populated by robots. But the creators become worried when the androids begin to take on human characteristics.

“I’m terrified,” Dolores responds. “I feel spaces opening up inside of me, like a building with rooms I’ve never explored. I think there may be something wrong with this world. Something hiding underneath.”

The one-hour drama, which HBO describes as a “dark odyssey about the dawn of artificial consciousness and the evolution of sin,” is set for an October premiere.