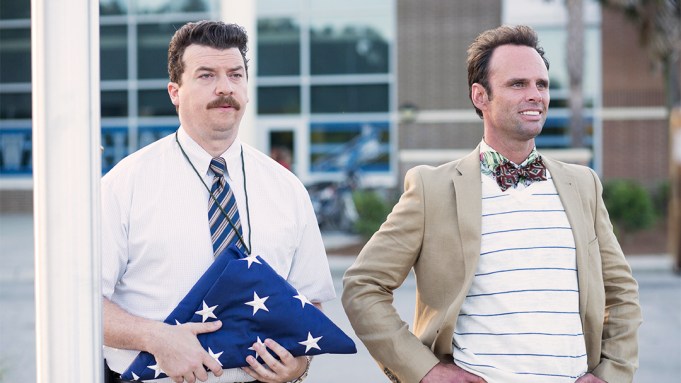 The series, created by McBride and Jody Hill (who were also behind the premium cabler’s beloved comedy “Eastbound & Down”), is a dark comedy series about a high school and the two people who almost run it, the vice principals. McBride and Walton Goggins play rival administrators who are constantly at odds with each other as they compete for the top spot of principal.

“It’s every f—er for himself,” Goggins declares as the two crash forklifts into each other.

Goggins’ Lee Russell, the newcomer at the school, is well liked by the staff and students, while McBride’s Neal Gamby struggles to make connections and seems almost universally hated by everyone on school grounds.

“You two are excellent vice principals,” Kimberly Hebert Gregory’s principal character ironically notes as the trailer shows the two trashing a room, breaking a trophy case with a chair, driving dirt bikes and firing off guns and cannons.

“You can’t be coming into the school with all this negative energy,” she later warns McBride’s Gamby.

“I don’t have negative energy,” he insists, against a backdrop of further destruction and fighting between the pair.

The half-hour comedy was picked up for 18 episodes, which will air over the course of two seasons. “Vice Principals” premieres on HBO in July.