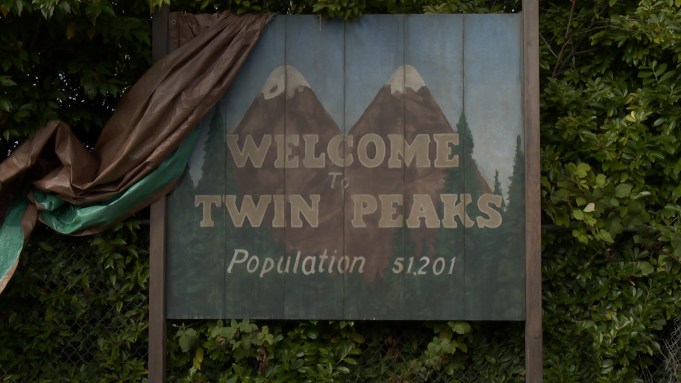 Showtime is whetting the appetite of fans for the “Twin Peaks” sequel coming next year with a teaser featuring cast members talking about the production process.

Actors Kyle MacLachlan, Miguel Ferrer, Kimmy Robertson, Harry Goaz, Dana Ashbrook and James Marshall share their thoughts on returning to the weird world of David Lynch and Mark Frost. The new take on the characters rooted in a fictional Washington town, where strange things happen, is set 25 years after the original ABC series. The return to “Twin Peaks” is unexpected in many ways, the actors assure.

“There’s a freshness to it, a lightness to it,” MacLachlan says.

Ferrer promises that the story will engage viewers. “It’s a big cast, a big story, big things happen,” he says.

Lynch and Frost wrote all episodes of the sequel, with Lynch directing. Production wrapped earlier this year after lensing in Los Angeles and Washington state.

There’s no word yet on a premiere date.