‘The Vampire Diaries’ to End with Season 8 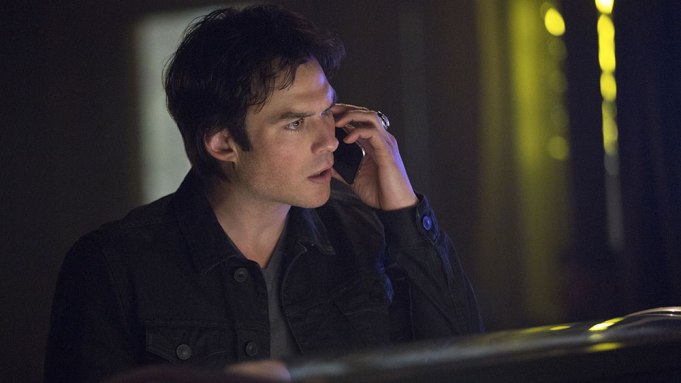 “The Vampire Diaries” is ending its run on The CW after 8 seasons. The cast and executive producers made the announcement during the show’s panel at Comic-Con.

The decision to end the series comes as little surprise, as all involved in the series have long signaled their interest in wrapping the run with the series at a creative high.

“We have decided to do one last season to really do the story justice,” said star Ian Somerhalder back in April. Star Kat Graham had already announced that this season would be her last; and Nina Dobrev had departed after season 6.

“It’s so rare for a show to get to last this long, and what a privilege that Mark Pedowitz and Peter Roth have allowed us to choose the time to end the journey on our own creative terms,” said executive producer Julie Plec. “It’s been eight of the best years of my life. I will miss it terribly, but I’m so proud to be here to see it to its proper end.”

The CW had renewed the drama for its eighth — and now final — season in March, along with the rest of its slate.

“The Vampire Diaries has meant so much to so many fans around the world, and has meant so much to all of us at The CW,” said CW president Mark Pedowitz. “I am a huge fan of the show myself, and I’ve seen every episode. So I am very happy that we can give Julie and Kevin the chance to finish their story the way they have envisioned, and to give viewers a fantastic conclusion to eight spectacular seasons.”

Co-creator Williamson announced at the panel that he will return to this season as a writer.

“I feel so blessed to have been a part of The Vampire Diaries. It has been a magical, thrilling, life-changing experience,” said Williamson. “Working with Julie and our amazing cast and crew has been one of the highlights of my career and life. At its core, the show has always been about family and that’s what we have become behind the scenes as well — one big family. And while it’s sad to see it come to an end, I’m thrilled to be back and part of the final chapter.”

The eighth and final 16-episode season of “The Vampire Diaries” will premiere Friday October 21 on The CW.