Continue to Variety SKIP AD
You will be redirected back to your article in seconds
Mar 16, 2016 9:30am PT 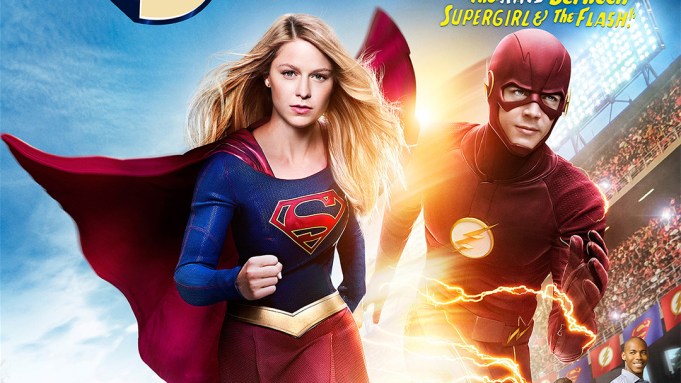 CBS has released the first teaser for Supergirl’s (Melissa Benoist) upcoming meeting with The Flash (Grant Gustin) in a crossover episode that will air on March 28.

While there’s not much action in the brief trailer, the footage does see the two heroes showing off their super powers, which they’ll need in the fight against Silver Banshee (Italia Ricci) and Livewire (Brit Morgan) during “Worlds Finest,” the 18th episode of “Supergirl’s” freshman season.

In the hotly-anticipated episode, titular heroine Kara gains a new ally when the lightning-fast superhero The Flash, aka Barry Allen, suddenly appears in National City from an alternate universe. Barry helps Kara battle Silver Banshee, aka Siobhan Smythe, and Livewire in exchange for her help in finding a way to return him home.

Last week, CBS unveiled a poster for the crossover event, which pays homage to an iconic issue of the “Superman” comics in which the Man of Steel and The Flash raced, this time showing Kara and Barry competing to see which of them is faster.

“The Flash” and “Supergirl” Executive producer Greg Berlanti explained why Barry was the perfect character to cross over onto the CBS show at the recent PaleyFest panel for “Supergirl.”

“We needed to create a way to do it,” he said. “We had to introduce Superman since you’ve heard about him and you’ve heard about Supergirl, but in worlds of ‘Arrow’ and ‘Flash,’ they didn’t exist in that world. We introduced the multiverse in ‘The Flash’ this year and that was always our way in.”