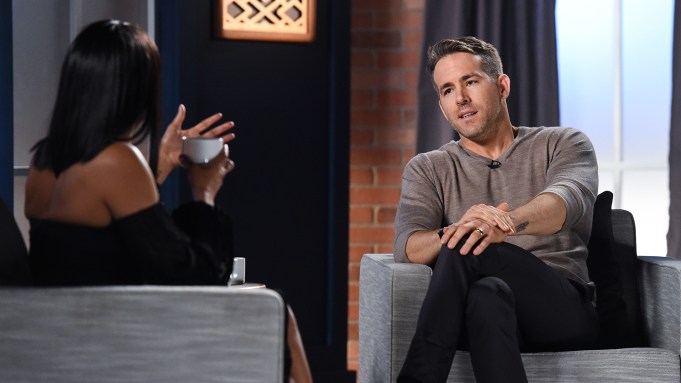 Taraji P. Henson’s life hasn’t been the same since Cookie.

The “Empire” actress discussed how the character has wrecked her personal life in a one-on-one interview with Ryan Reynolds as part of Variety’s “Actors on Actors.”

“You’re walking down the street and they’re just like, ‘Hey Cookie’ — maybe I didn’t want the world to see how I looked today, maybe I wore these sweats yesterday,” Henson said. “It was fine until Cookie came, I was okay under the radar, I could go to Target. I never saw that coming. I go from this normal life to having to find a house on a private gated road, it’s crazy.”

Henson, who also stars in the upcoming movie “Hidden Figures,” said she has tried disguising herself using wigs and sunglasses, but nothing has stopped the Cookie-crazy fans from finding her.

In the interview, she also talked with Reynolds about the impact of social media on their lives and how it has changed the way their films are marketed.

“I’ve only had it (social media) a year and a half and I applied it specifically for ‘Deadpool,’ because as soon as as ‘Deadpool’ was greenlit, I got Twitter, I got Instagram, I got Facebook,” Reynolds said. “The social media game for ‘Deadpool’ was such a huge part of the marketing, I mean a lot of the stuff we shot, marketing materials, were just on my iPhone, just dicking around at my house or on set.”

Reynolds added that the reach of social media helped create a huge groundswell of excitement for the film before it even came out.

“We would do billboards that were just ridiculous, but we only do one of them. You put that image on Twitter or Instagram or Facebook, and it’s as though that billboard was in every city in America.”

See the “Actors on Actors” premiere on Jan. 3, 2017 at 7 p.m. PT on PBS SoCal KOCE, presented by The Venetian Las Vegas. Click here to watch the full interview.