Continue to Variety SKIP AD
You will be redirected back to your article in seconds
Oct 10, 2016 1:34pm PT 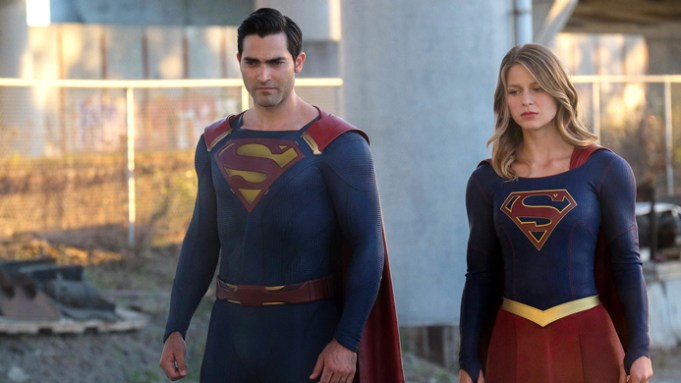 Supergirl and Superman finally join forces in a clip from Monday’s second-season premiere of The CW’s “Supergirl.”

Tyler Hoechlin’s Clark Kent stands at a newsstand taking a phone call when he hears the breaking news of a possible explosion on the aircraft the Venture. The hero runs to an empty alley and rips of his shirt, revealing his suit.

Melissa Benoist’s Supergirl beats him to the scene and fearlessly positions herself in front of the plummeting aircraft. Kent flies into action and greets his cousin with a casual “need a hand?” as he quickly helps Supergirl hold up the burning plane.

“Hey cuz,” Supergirl replies, just as nonchalantly, as the two work together to bring the enormous aircraft to a safe landing, saving more than 200 people. “This looks like a job for the both of us,” she adds.

This is the first time Superman will appear on the small screen since The CW series “Smallville” ended in 2011.

“Supergirl” Season 2 premieres tinght at 8 p.m. ET on The CW.