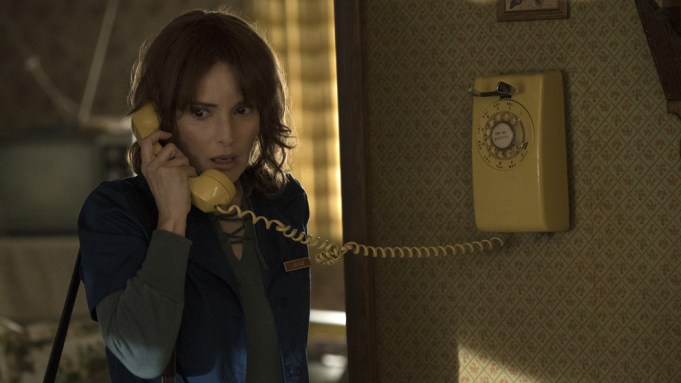 Winona Ryder gets candid in a new featurette for her Netflix series “Stranger Things.”

The actress discusses jumping into her first major TV role in the video, released on Tuesday by the streaming giant. Ryder plays Joyce Byers, a single mother trying to find her son after his mysterious disappearance, in the supernatural thriller.

“I know a lot of women like that, who are good people but they struggle,” Ryder said of her character.

After experiencing supernatural occurrences in her home, like glowing Christmas lights, and her unwavering conviction that her son is alive, everyone starts to think “she’s out of her mind, but she’s actually kind of onto something,” Ryder said.

“I like that there are sort of different story lines. You really don’t know what is around the corner or what is going to happen,” added Ryder. “It’s like putting the pieces of a puzzle together and it’s fun to watch.”

Executive producer Shawn Levy said Ryder fit the bill for the challenging role. “You need someone who can wretch up the emotional urgency and yet find layers and nuance and different sides of this character,” he said.

“I was grateful that they trusted that I could get to those places,” Ryder said.