Spike Lee on Oscars: ‘I Never Used the Word ‘Boycott” 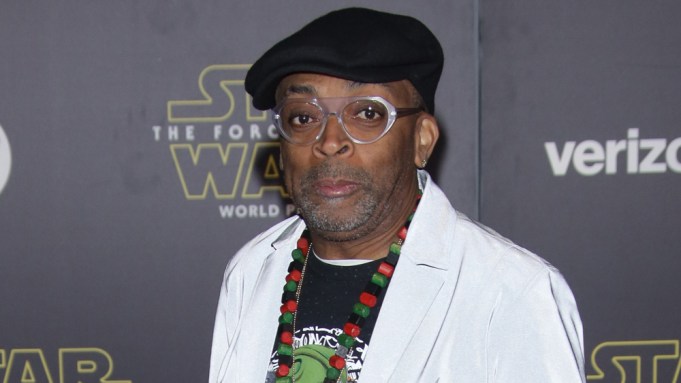 Spike Lee is promising to spend the night of the Academy Awards next month across the country at a New York Knicks game in Madison Square Garden. But the director told ABC’s “Good Morning America” on Wednesday that he has not called for a broader boycott of this year’s Oscars despite his criticism of the lack of diverse nominees in this year’s crop of nominees.

Lee added: “I’m not going. My wife’s not going. Everyone else can do what they want to do.”

Earlier in Wednesday’s “GMA” broadcast, Lee spoke with anchor Michael Strahan about his upcoming Michael Jackson documentary for Showtime, “Michael Jackson’s Journey From Motown to ‘Off the Wall.’ “

During that interview Lee reiterated about the Academy Awards: “I’m not trying to lead a movement.” However, he also noted that each year there are usually 20 slots in the Oscar race for actors. “The last two years, the score is 40 to zip” for diversity in the nominations field, Lee said.

Actress Jada Pinkett-Smith has joined Lee in vowing that she would not attend the Feb. 28 ceremony in protest of the surprising lack of nominations for artists of color. Her husband, Will Smith, had generated Oscar buzz this year for his role in the football drama “Concussion.”

Lee received an honorary Oscar in November for his contributions to the industry. In accepting his Governors Award kudo, Lee highlighted Hollywood’s ongoing problem with diversity behind the scenes. “It’s easier to be president of the United States as a black person than (to) be head of a studio,” he said.