Continue to Variety SKIP AD
You will be redirected back to your article in seconds
Mar 6, 2016 9:52am PT 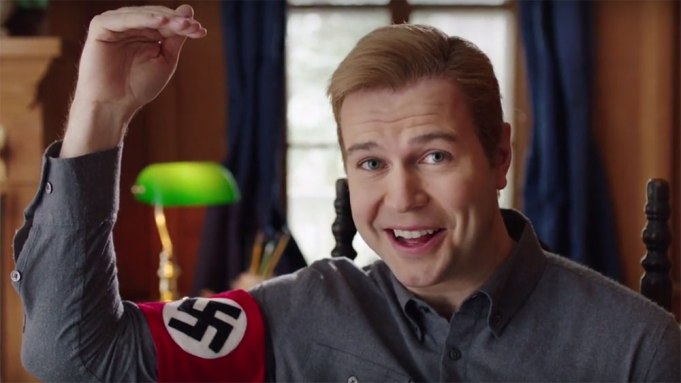 When Republican frontrunner Donald Trump came under fire recently for not disavowing the Ku Klux Klan after its David Duke endorsed him, it seemed like a shame that “Saturday Night Live” was in the middle of a two-week hiatus.

But not to fear — “SNL” came back this weekend, and took aim at the belief that Trump’s campaign is attracting racist voters with an over-the-top fake campaign ad. While it seemed like normal citizens voicing their support for  Trump, they’re revealed to be Klansmen, Islamophobes, white supremacists and Neo-Nazis.

Recent events also saw the perfect excuse to bring back Jason Sudeikis’ Mitt Romney impression. Sudeikis, who left the show in 2013, returned after two years to bring back his version of the 2012 GOP presidential candidate after Romney publicly slammed Trump.

“SNL” is only the latest to take on Trump, as the businessman-turned-candidate continues to dominate coverage in the 2016 election. On Saturday, Louis C.K. compared Trump to Hitler in an email asking Americans not to vote for the Republican.