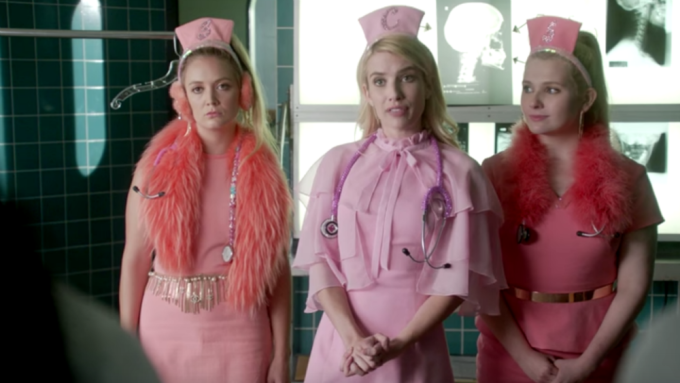 As is apparent in the clip, returnees from Season 1 include Roberts, Michele, Curtis, Keke Palmer and Abigail Breslin. The second season moves from the sorority house to a hospital when Dean Cathy Munsch (Curtis) recruits the Chanels to enroll as medical students at the university’s hospital.

“There is a show on TV that is wacky, bitingly funny and smart,” said Curtis. “And it’s our show.”

Earlier this year, creator Brad Falchuk said that season two’s hospital setting will draw inspiration from the classic horror franchise “Halloween,” which was partially set in a hospital and starred Curtis.

John Stamos and Taylor Lautner, who will join the second season as two doctors working at the hospital, also make appearances in the teaser.

“It’s going to be a crazy ride this year,” Roberts teases.