Sarah Silverman to ‘Bernie or Bust’ Supporters at DNC: ‘You’re Being Ridiculous’ (Watch) 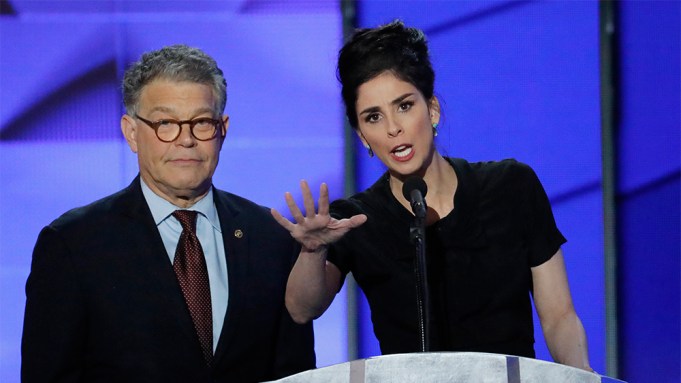 As Sarah Silverman asked for party unity at the Democratic National Convention, hundreds of Bernie Sanders supporters erupted in boos, in a deafening cacophony that made it hard to hear the rest of the speech in the stadium.

“Can I say something?” the comedian, a fellow Sanders supporter, asked. “To the ‘Bernie or Bust’ people, you’re being ridiculous.”

“Hillary is our Democratic nominee and I will proudly vote for her,” she said.

The chorus of boos and “Bernie!” chants continued throughout the rest of Silverman and Sen. Al Franken’s introduction to Paul Simon’s performance.

“Thank God they can fix this in post,” Silverman joked before leaving the stage.

Watch the video above