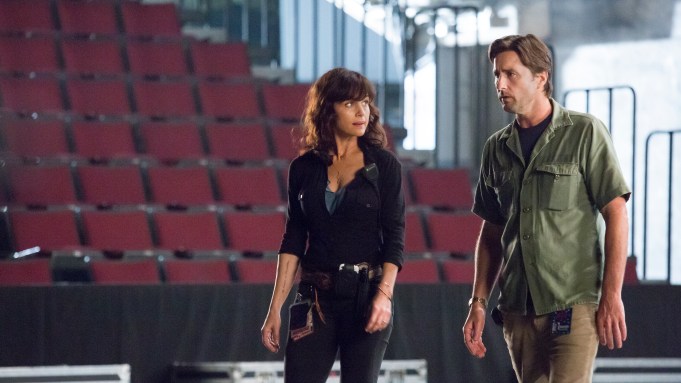 Showtime’s “Roadies” marks Cameron Crowe’s first television series, and the auteur is going back to his roots for the project, which follows the backstage lives of the road crew behind a popular rock band. The music-infused ensemble comedy series chronicles the rock world through the eyes of music’s unsung heroes and puts the spotlight on the backstage workers who put the show on the road while touring the United States for a successful arena-level band.

The hourlong series stars Luke Wilson as Bill, the band’s tour manager, and Carla Gugino as Shelli, the production manager, as they attempt to keep things running smoothly while keeping their demanding musicians happy.

“What I’m always looking for in a project is a great character, a vision behind it and a world that I’d be really interested in watching. And this show has all those elements,” Gugino explains in Variety‘s sneak peek at the show. “What we used to be able to do with film is what we now do in television, which is character-driven stories.”