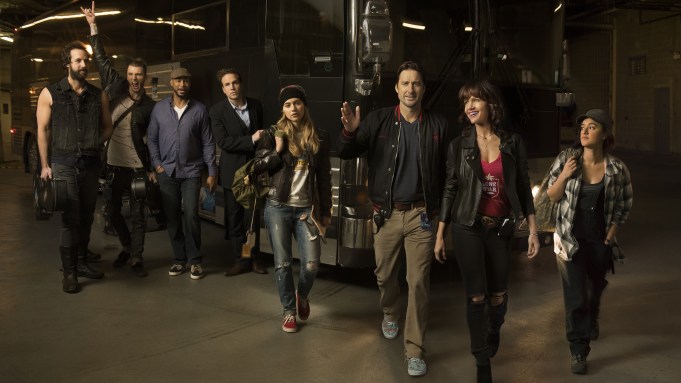 Showtime has set June 26 as the premiere date for “Roadies,” the hourlong comedy from Warner Bros TV that marks the first TV series created by Cameron Crowe.

The ensembler led by Luke Wilson and Carla Gugino revolves around the backstage lives of the road crew for an arena-rock band. Production on the first season’s 10-episode order is set to begin in Los Angeles next month.

The premiere of “Roadies” is expected to coincide with the fourth season of “Ray Donovan.” Showtime has yet to set the return date for “Donovan” but it is likely to use the Liev Schreiber starrer as a launching pad for “Roadies.”

Crowe created the series and directed the pilot. He exec produces with J.J. Abrams and Winnie Holzman, who is showrunner. Bad Robot’s Bryan Burk and Len Goldstein also exec produce.

The trailer released Friday was timed to coincide with Monday’s Grammy Awards telecast. It features clips of the show set to the Eddie Vedder song “Hard Sun.”