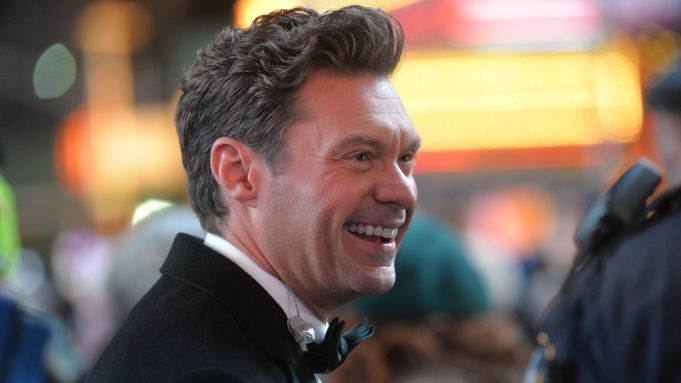 Disney television networks ABC and ESPN dominated the New Year’s Eve ratings race, but viewership for the cable network’s college football semifinal games predictably tumbled on a night not typically reserved for marquee sports action. The Alphabet remained the clear late-night choice for ball-dropping festivities, and seemed to pick up some viewers from the lopsided pigskin contest between Alabama and Michigan State.

In Nielsen’s metered markets, the College Football Playoff games on ESPN averaged a 9.8 household rating — down a steep 36% from a 15.5 average last year when the games were played on New Year’s Day. Thursday’s contest between Clemson and Oklahoma, which began at a time when a chunk of the potential viewing audience in the Western part of the country was still at work, averaged a 9.7 from roughly 4:10-7:50 p.m. ET, and Michigan State-Alabama pulled a 9.9 from roughly 8:20-11:40 p.m. ET.

Neither of Thursday’s matchups was especially competitive in the second half, but the ratings results clearly suggest that many college football fans chose traditional New Year’s Eve festivities over watching the contests that decided who plays in the Jan. 11 championship contest on ESPN. The games earned monster ratings in participating markets Birmingham (48.1), Greenville (29.6), Oklahoma City (29.4) and Detroit (20.0), but may have fallen hard in some major markets without much of a rooting interest.

Total-viewer estimates are expected to be released by Nielsen in a few days. Last year’s semifinals averaged a little over 28 million viewers, and the championship game between Ohio State and Oregon averaged 33.4 million viewers on ESPN.

The network on Friday pointed to strong tune-in for its games on the Watch ESPN app, as Thursday’s semifinals added 313,000 average minute impressions to the TV audience, had 1.12 million unique viewers and more than 67 million minutes watched. Compared to last year’s New Year’s Day semifinals, this was up 67%, 29% and 58%, respectively.

This is the second of a 12-year, $5.6-billion deal for the College Football Playoffs on ESPN, which will see the semifinal games played on New Year’s Eve on seven more occasions. The contracts were negotiated primarily to keep the Rose Bowl and Sugar Bowl in their traditional Jan. 1 timeslots, and these games will serve as the semfinals every three years. ESPN reportedly fought against airing the semifinals on New Year’s Eve, but College Football Playoff execs figured the games would fare well wherever slotted.

Thursday’s tripleheader of action on ESPN, which included the Peach Bowl between Houston and Florida State earlier in the day, averaged a 7.7 overnight rating. This is a big increase over last year’s 4.3 average for the Dec. 31 tripleheader (Peach, Fiesta and Orange), though last year’s games, of course, weren’t nearly as high-profile.

In the 25 markets with local people meters, the ABC progam fared better relative to last year, with its 7.5 rating in adults 18-49 up 3% (from 7.3) and perhaps reflecting that it picked up some of the younger viewers switching over from college football. NBC and Fox both averaged a 2.7 in the demo, with the former down 12% from last year’s especially strong result (3.1) and the latter up 23% (from 2.2).

“New Year’s Rockin’ Eve” was promoted during the second half of the lopsided Michigan State-Alabama game on ESPN (the Crimson Tide won 38-0), with a bug in the upper right corner of the screen telling viewers in the Eastern time zone what musical acts were performing live over on ABC. That may have helped boost viewership for the 10-11 p.m. ET portion of “Rockin’ Eve,” whose preliminary average viewership of 13.1 million viewers was up from last year (12.9 million) and the second largest for the event since it began in 2000.

ABC was dominant in social media as well, according to Nielsen. A total of 3.5 million people in the U.S. saw one or more of the 529,000 tweets sent about “Dick Clark’s New Year’s Rockin’ Eve with Ryan Seacrest” on Thursday.

The most tweeted-about minute occurred at 1:15 a.m. ET (4,155 tweets during the minute) as viewers reacted to a performance by 5 Seconds of Summer.