First Look: ‘The People v. O.J. Simpson: American Crime Story’ Promises ‘You Don’t Know the Half of It’ 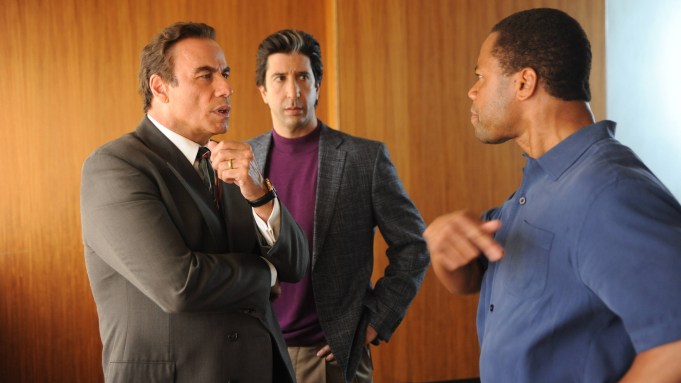 The O.J. Simpson trial has become a cultural touchstone in the years since it captured the public’s consciousness in the mid ’90s, but a new teaser for FX’s upcoming drama, “The People v. O.J. Simpson: American Crime Story,” promises that even if you saw it all at the time, “you don’t know the half of it.”

“It’s not really about O.J. Simpson the man, it’s really about the case itself, and the lawyers on both sides,” says Sarah Paulson, who plays prosecutor Marcia Clark in the 10-episode limited series. “There’s a lot of things in this that people don’t know, or they certainly don’t remember.”

Executive producer Brad Simpson agrees, “The ambition of the show is not to replay the events, but to show you what was going on off-screen.”

Created, written and executive produced by Scott Alexander and Larry Karaszewski, the true crime series explores the chaotic behind-the-scenes dealings and maneuvering on both sides of the court, and how a combination of prosecution overconfidence, defense shrewdness, and the LAPD’s history with the city’s African-American community gave a jury what it needed to acquit the football star of double homicide: reasonable doubt.

At the recent Television Critics Association press tour presentation for the series, Gooding admitted that Simpson is “the hardest character I’ve ever played… It was six months of an emotional roller coaster.”

The cast and producers agreed not to reach out to the characters’ real-life counterparts for the series before they began filming, so as not to be swayed by their perspectives. “We chose actually not to contact any of the people involved in the case,” said Jacobson. “We adapted Jeffrey Toobin’s book which we greatly appreciated for character and context, and we weren’t seeking to make a docuseries.”

Even so, Murphy stood by the accuracy of the series, telling reporters, “I never worked on a project that had more legal vetting than this. Every script has been gone over by five lawyers.”