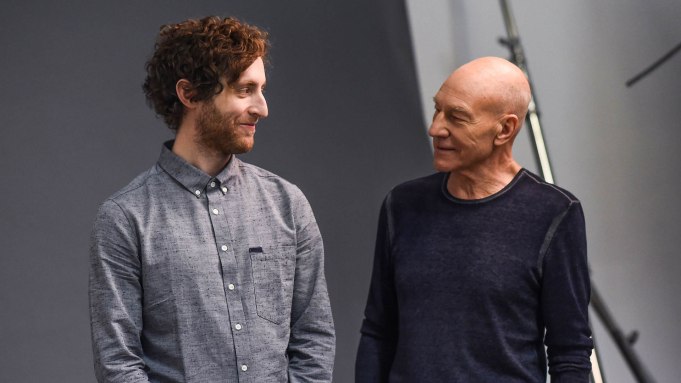 “Lord, this is a complicated question,” responds Stewart, a “F—, Marry, Kill” newbie.

“The kill would have to be Riker because he’s big and scary and very dominating,” says Stewart of his on-screen comrade. “For a wife I would choose Deanna, but just as a kind of one-night stand…I would choose Data because, well think about it.”

“There was an episode where he had to present his sexual equipment for discussion,” says Stewart, who played Captain Picard on the long-running sci-fi series.  “Brent Spiner (who played the character of Data), who is a wonderful actor and a very funny man, used to say, ‘he’s fully functional, in fact he has three speeds.'”

PBS SoCal will premiere the segment in two episodes, one on June 12 and the other on June 19. It will also be available to stream on Variety.com.