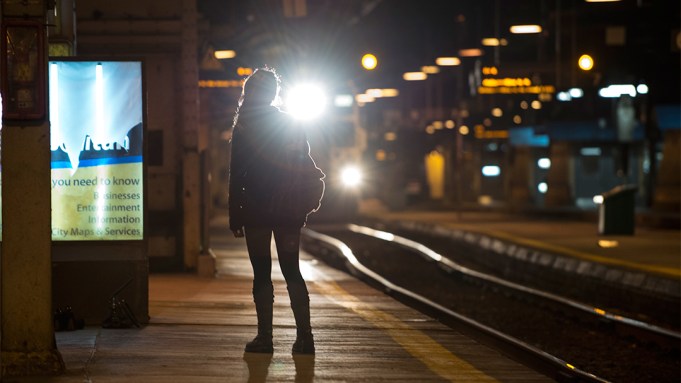 BBC America released an eerie new trailer for “Orphan Black” season four Wednesday. The teaser shows Sarah Manning (Tatiana Maslany) as she sets off to track down a mysterious ally tied to Beth Childs, the clone who started it all.

“The only way forward is to go back,” Manning says in the clip.

Season four of “Orphan Black” premieres in April. Alongside the new teaser, BBC America also revealed new clone MK, the masked loner who has lurked in the shadows of the conspiracy from the beginning. MK will provide answers to some of the show’s most haunting questions, according to BBC America.

“Orphan Black” co-creator John Fawcett spoke to Variety in June about the fourth season and what fans can expect.

“I want from season four a vibe of season one again,” Fawcett said. “I want a lot of that paranoia back, and Sarah following a first-person mystery, and a feeling of not knowing where we stand again, and having the audience not know where we stand. When Graeme [Manson, series co-creator,] and I talked about it, it was like, ‘How do we give it a feeling of conclusion after three seasons and now push towards our bigger mystery?’ We just wanted a reset after season three and a big emotional ending.”