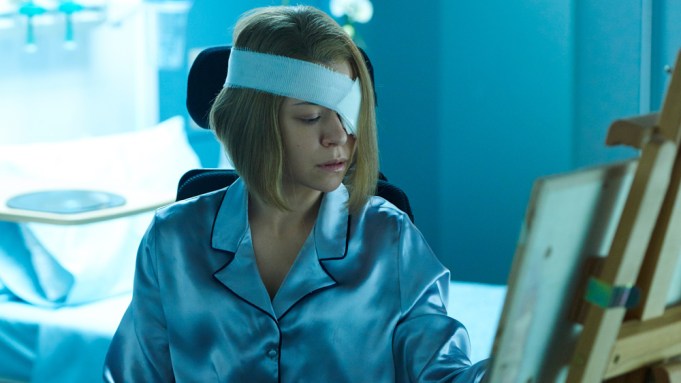 The new trailer for “Orphan Black” season four is punctuated by Sarah’s screams and baby talk.

The latest video also teases Delphine’s fate, hinting that Evelyne Brochu’s character may be alive after all. A shot of her employee personnel record shows her status as “suspended” instead of “deceased.”

The new installment in the series finds clones Sarah, Alison, Helena and Cosima (all played by Maslany) settling into normalcy after facing extermination last season. Sarah is reunited with her foster mom Mrs. S (Maria Doyle Kennedy), daughter Kira (Skyler Wexler) and clone original Kendall Malone. Alison, meanwhile, is enjoying the spoils of the drug trade with her husband Donnie (Kristian Bruun). Cosima, on the other hand, is hard at work finding a cure for her illness.

But it’s not long before the sisters are thrown back into a world of danger. After meeting a mysterious ally who is tied to the deceased clone Beth (Maslany), Sarah is led into a dangerous relationship with a new enemy.

Newcomers include Joel Thomas Hynes as Dizzy, a hacker who doesn’t conform to the group; Jessalyn Wanlim as bioengineer Evie Cho; Lauren Hammersley as Adele, a lawyer with a drinking problem; Gord Rand as Detective Duko, who has ties to Neolution; and Ian Matthews and Miranda Edwards as Frank and Roxie, Neolution’s clean-up crew.