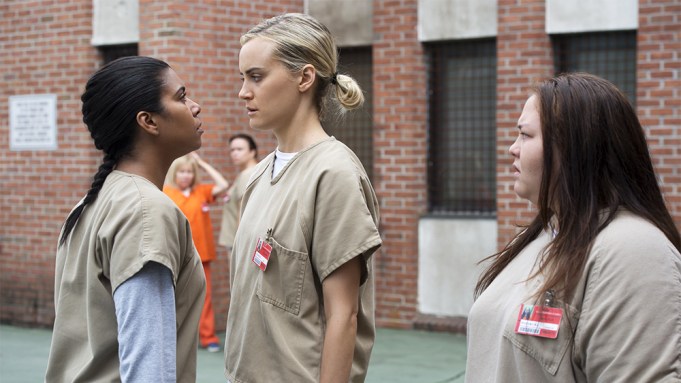 [Spoiler alert: The following post discusses major plot points from the last two episodes of “Orange Is the New Black” season 4. Do not read until you’ve finished the season.]

Fans of “Orange is the New Black” weren’t the only ones devastated by Poussey Washington’s untimely death in the penultimate episode of season 4.

In a new Netflix clip posted to YouTube, Samira Wiley, who portrayed the fallen Poussey, tearfully reflected on the death of her beloved character.

“I’m the person that gives life to this character but, you know, let’s say I’m pulling myself away from it… I think it’s going to be devastating,” Wiley said in the video.

“Because people are so invested in this show, and some of these things will happen to characters that they have, over the past four years, gotten to know and love, it makes it so personal,” she said.

“We lose this person who is really an innocent, at the hands of an innocent, there’s a double tragedy there,” Weiner said.

Danielle Brooks (Taystee on OITNB and Wiley’s on- and off-screen best friend) discussed the difficulties of filming Poussey’s tragic death.

“I remember talking to [Weiner] and saying, ‘I have to be honest, I can’t do this over and over again. Yes, I’m trained as an actor, I went to school for this and all of that. But this is not something I can do over and over again,'” Brooks said.

Our last moment together from season 4! Love this one to the moon and back! @oitnb #poussey #taystee #taysteetuesday pic.twitter.com/IfMinS4hfU

Poussey’s death is seen as an allegory for the Black Lives Matter movement, as well as the challenges black Americans face on a daily basis.