Comic-Con: ‘Once Upon a Time’ Adds Aladdin and Jafar 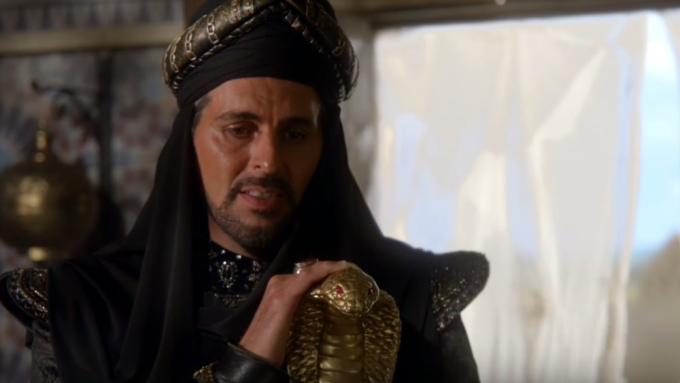 “Once Upon a Time” is going on a magic carpet ride.

Executive producers Eddy Kitsis and Adam Horowitz revealed a three-minute sneak preview of Season 6 at Comic-Con on Saturday, which teased the story of Aladdin and his rivalry with Jafar.

“Covert Affairs” star Oded Fehr has been cast in the role of Jafar, while Deniz Akdeniz (“South Beach”) will play Aladdin. They join previously announced new season six cast members Giles Matthey as Morpheus and Craig Horner as the Count of Monte Cristo.

The characters first appeared in the 1992 film “Aladdin,” and are just the latest from the Disney archive to be folded into the hit ABC show.

At the panel, the producers and cast talked about what’s ahead for Regina (Lana Parilla), now that she’s been separated from the Evil Queen.

A new video released by ABC looks back on the best Evil Queen/Regina moments: