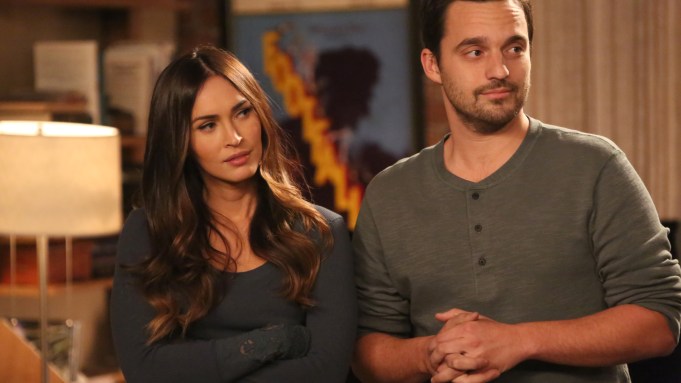 Megan Fox is paying a visit to “New Girl” for a five-episode guest arc beginning on Feb. 9, and Variety has an exclusive sneak peek at her debut.

Fox is playing Reagan, a no-nonsense pharmaceutical sales rep who sublets Jess’ (Zooey Deschanel) room while our titular heroine is sequestered on jury duty (or, in reality, while Deschanel is out on maternity leave). She makes her first appearance in an episode aptly titled “Reagan.”

It remains to be seen just what kind of roommate Reagan is, but judging by our sneak peek, Jess certainly might have some qualms about her suitability as a subletter — mostly because she hates pretty much everything Jess owns. Nick (Jake Johnson) seems more than happy to accommodate their new guest, which makes sense, given that he’s the self-proclaimed “rock of the group.” Winston (Lamorne Morris), on the other hand, may have some reservations, since he’s the “loft worrier.”

While best known for her work in blockbusters like the “Transformers” franchise, Fox is no stranger to TV, having kicked off her career on the small screen with work in comedies including “What I Like About You,” “Two and a Half Men” and “Hope and Faith.”