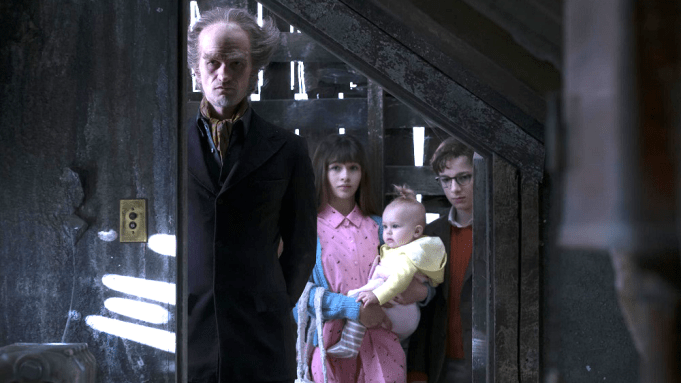 After a bit of a tease, Netflix has released the full trailer for its forthcoming TV adaptation of Lemony Snicket’s “A Series of Unfortunate Events,” full of Neil Patrick Harris in various forms of (debatably effective) disguise. Harris is the nefarious Count Olaf, antagonist to the three precocious Baudelaire children placed in his care after their parents are killed. As siblings Violet, Klaus and Sunny attempt to escape the deadly schemes Olaf concocts to try and steal their parents’ fortune, they discover more about their parents’ wild past.

Paramount TV and Netflix began the adaptation process in 2014, a full decade after a movie franchise starring Jim Carrey as Olaf sputtered in 2004. The first season of Netflix’s show will cover four of the 13 novels in Daniel Handler’s book series — two episodes for each book.

The first season of “A Series of Unfortunate Events” will premiere, appropriately enough, on Friday, Jan. 13, 2017.