Nate Parker on College Rape Trial: ‘I’m Not Going to Apologize’ for Being ‘Proven Innocent’ 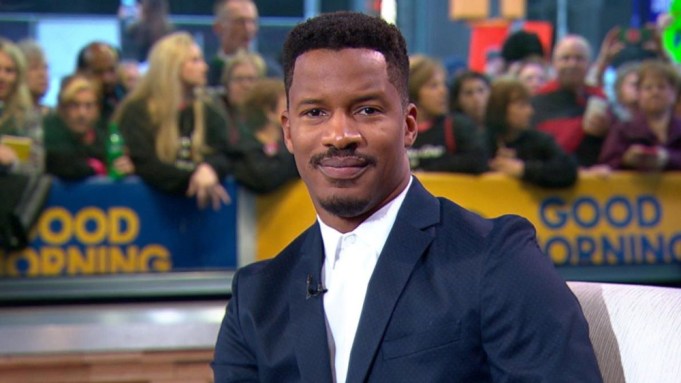 Nate Parker stood his ground Monday on “Good Morning America,” echoing many of the sentiments from Sunday’s “60 Minutes” interview in which he refused to apologize for the college rape trial for which he was acquitted.

“I was falsely accused,” the “Birth of a Nation” writer-director-star-producer told “GMA” co-host Robin Roberts. “I was proven innocent and I’m not going to apologize for that.”

Parker and his roommate and wrestling teammate Jean Celestin — who later co-write the screenplay for “The Birth of a Nation” — were charged in 1999, while attending Penn State University, with raping an 18-year-old female classmate in their apartment. Parker was acquitted in the 2001 trial, but Celestin was convicted of sexual assault. The charge was overturned four years later by a Superior Court judge, and both men have since maintained that the sex was consensual.

The rape trial began to dominate the conversation about Parker’s critically acclaimed film in August when the filmmaker addressed the trial and Variety revealed that his accuser had killed herself in 2012.

“You have a daughter in college … what do you tell her?” Roberts asked during the “GMA” interview.

“She knows how I feel about her and I’ve addressed it so many times,” Parker said.

Parker said he “feels terribly,” but wants to focus on “The Birth of a Nation,” which tells the true story of Nat Turner, who led in 1831 the bloodiest slave revolt in U.S. history.

“I think the important thing, you know, is this isn’t about me,” Parker said. “The story of Nat Turner as an American, as American people, the story about a man who was erased from history, at some point. I think that’s where our focus should be.”

“The Birth of a Nation” hits theaters on Friday.