Men of ‘Law & Order: SVU’ Speak Out Against Sexual Assault in PSA 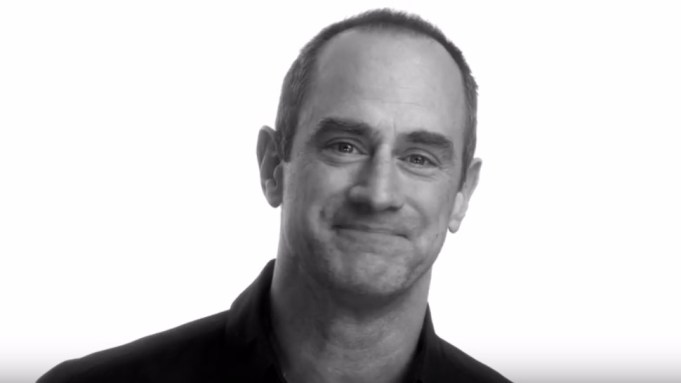 The male stars of “Law & Order: Special Victims Unit” appeared in a series of public service announcements on the Joyful Heart Foundation YouTube channel to stand up to sexual assault.

In a video titled “Enough PSA: Boys Will Be Boys,” stars including Chris Meloni, Ice-T, Dann Florek, and Danny Pino repeat the phrase “boys will be boys” in turn, emphasizing that it is not an excuse for sexual assault.

In “Enough,” the actors read more common excuses for sexual assault and reasons why people ignore it.

At the end of each video, a message reads “Enough. Together we can change this culture. Pledge #changetheculture.”

The series of videos was made in collaboration with the Joyful Heart Foundation, an organization founded in 2004 by “SVU” actress Mariska Hargitay which helps heal, educate, and empower survivors of sexual assault, domestic violence, and child abuse.

Hargitay was inspired to create the foundation while researching for her role on “SVU.”

“I encountered statistics that shocked me: One in three women report being physically or sexually abused by a husband or boyfriend at some point in their lives. Every two minutes in the United States, someone is sexually assaulted. More than five children die every day in this country as a result of child abuse and neglect, and up to 15 million children witness domestic violence in their homes each year,” Hargitay said.

Since its inception, Joyful Heart has raised over $28 million and helped more than 15,000 survivors. On Oct. 23, USA Network aired an “SVU” marathon  for Domestic Violence Awareness Month.