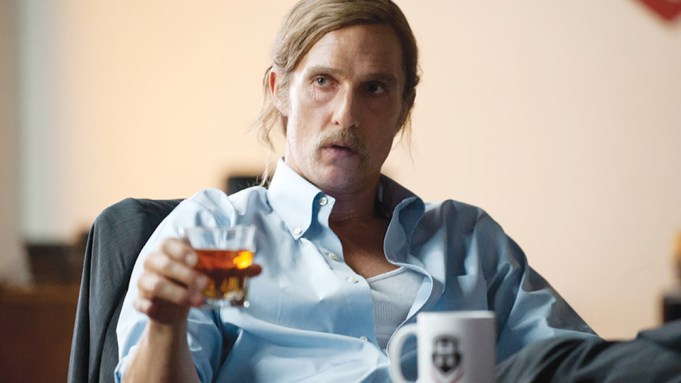 Matthew McConaughey isn’t counting out a return to “True Detective.”

The actor appeared on “The Rich Eisen Show” on Friday, where he talked about his role as Detective Rustin “Rust” Cohle on HBO’s crime-anthology series “True Detective,” which is currently on hiatus. When asked if he would be interested in revisiting the series, McConaughey revealed he “wouldn’t hesitate for a second” if the opportunity arose.

“Last time you were on the show, Matthew … I asked you at the time, ‘well, what about maybe doing it again?’ And you said, ‘that’s a possibility.’ Has that ball been advanced any further down the field since we last spoke?” asked Eisen.

Though plans for a third season have yet to be announced by creator Nic Pizzolatto, the actor said he would be “open to it for sure.”

“That conversation you and I had caught wings because I hear that all the time now,” McConaughey said. “That ball’s not advanced at all. I’ve talked to the creator Nic Pizzolatto, who’s taking a little break from it. But again, if that thing was written well and it came up again, I wouldn’t hesitate for a second.”