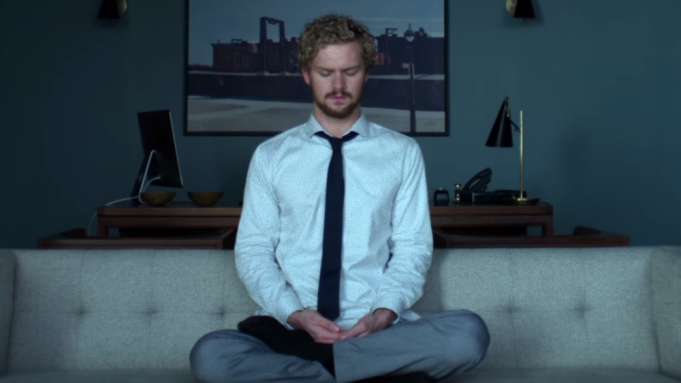 Marvel and Netflix teamed up to reveal new information about several upcoming shows, as well as a new teaser trailer for “Marvel’s Iron Fist” during a New York Comic Con panel on Saturday.

“Because of who you are there will always be forces gathering against you,” a voiceover says ominously at the beginning of the new teaser. “… disguised as a friend, slipping past you as a stranger, they are everywhere.”

“Marvel’s Iron Fist” is the fourth of four series from Marvel — the others are “Marvel’s Daredevil,” “Marvel’s Jessica Jones” and “Marvel’s Luke Cage” — streaming on Netflix. All four series will also team up for “Marvel’s The Defenders.”

During the panel, Sigourney Weaver was also announced as playing a “significant but unspecified” role in “Marvel’s The Defenders.”

“Marvel is honored to have an actress of her caliber and status… She is by definition a class act,” said Jeph Loeb, the head of Marvel Television.

Deborah Ann Woll will be joining “Marvel’s The Punisher,” where she will reprise her “Daredevil” role of Karen Page. At the end of the panel Charlie Cox, Krysten Ritter and Mike Colter joined the rest of the Netflix-Marvel crew onstage.