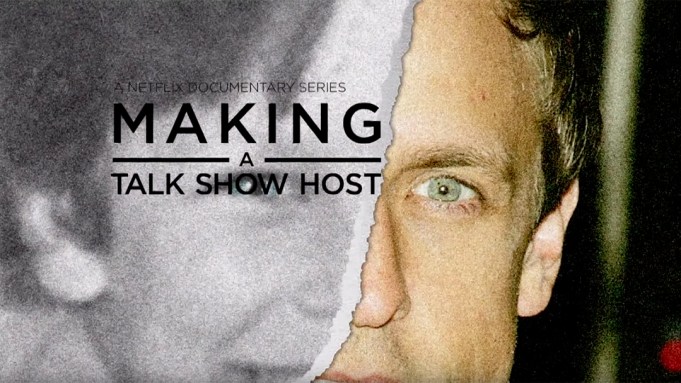 Seth Meyers returned to “Late Night” on Monday with a cold open that parodied a show that many spent their holiday time off binge-watching: Netflix’s docuseries “Making a Murderer.”

The video opens with a 30 Rockefeller Center staff member calling Meyers to tell him that it’s time to come back to work. Like anyone on the tail end of a holiday vacation, Meyers is adamant that he’s not ready yet.

“I gotta come back?” Meyers asks.

“They don’t got no more reruns,” the staffer on the other line responds. Meyers asks what time his show is on and is told 12:35 a.m.

“God, that’s late,” he says as the bit ends on a Photoshop of the late-night host with a Steven Avery-like beard.

Meyers wasn’t the only celebrity to get pulled into the “Making a Murderer” frenzy. Rainn Wilson, Zach Braff, Ricky Gervais, YouTube’s PewDiePie and others tweeted about their latest binge obsession.

“‘Riveting’ is an overused, even lazy, term in criticism, but it’s hard to think of one that better applies to ‘Making a Murderer,’ Netflix’s stunning 10-part documentary, which takes its place alongside ‘The Jinx’ and the podcast ‘Serial’ in invigorating the true-crime form,” Variety‘s TV Columnist Brian Lowry wrote in his review of the show.