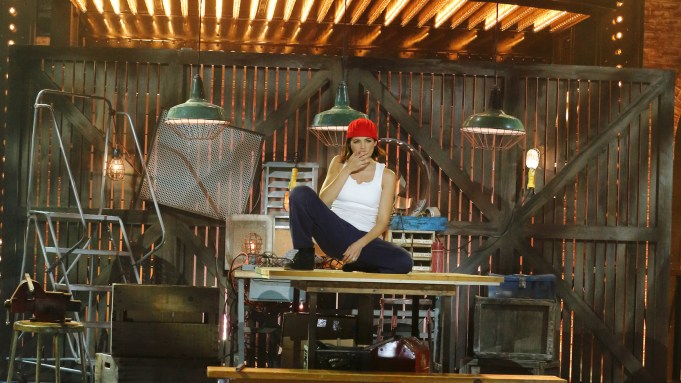 Jenna Dewan Tatum chose a subject close to home for her performance on Spike’s “Lip Sync Battle”: a rendition of “Pony,” the Ginuwine song her husband, Channing Tatum, famously performed in his “Magic Mike” movies.

A teaser for the episode, which airs at 10 p.m. on Jan. 7, shows Dewan Tatum dressed in a white tank top and black pants as she recreates the movies’ choreography. Naturally, she relies on her spouse to serve as the subject of her affection.

The episode, which is billed as a battle of the Tatums, marks the second season premiere of the Spike series hosted by LL Cool J and Chrissy Teigen. Earlier this week, Spike released a teaser of Channing Tatum’s performance in the episode: Clad in a blue dress and a white wig and flanked by men in unitards dressed as snowflakes, he performs performs “Let It Go” from the movie “Frozen.”