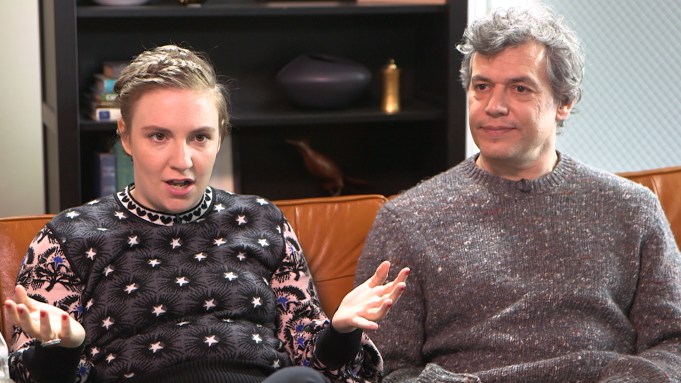 When it comes to how the media is following Hillary Clinton and her presidential campaign, Lena Dunham is not mincing words when it comes to the “rabidly sexist” coverage.

“The way that Hillary Clinton’s been talked about in the media is so gendered and rabidly sexist in every single portrayal,” she said. “Whether it’s the attacks on her personal life or the adjectives that are used to describe her clothing, we have to do a full reexamination.”

The “Girls” star went on call out a double standard, saying, “If we were allowed to talk about male candidates like that, I’d have a f–king field day.”

Dunham was at the Variety Studio at Sundance, promoting the documentary “Suited,” which she produced.