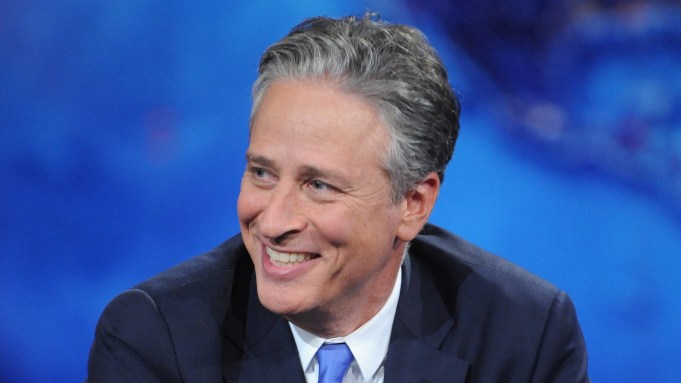 For a brief moment, Samantha Bee and Jon Stewart were together again – but not on their old stomping grounds of Comedy Central’s “Daily Show.”

Stewart made a cameo appearance on Bee’s “Full Frontal,” the satirical TBS talk show that has gained critical acclaim since launching in February. The exchange was brief: Bee asked Stewart, in full beard, if he had any thoughts about how she should do he show. And she gave him a little ribbing about his work on an animal sanctuary he has formed with his wife. Stewart asked a pony if it would vote for Trump since it was white.

Bee worked on “Daily Show” starting in 2003, and wrapped her tenure in April of 2015. Stewart started on the program in 1999 and left in August of last year.

Stewart’s appearance is not the first he has made on behalf of a former colleague. The former “Daily Show” host appeared in the opening segment of Stephen Colbert’s version of “The Late Show” on CBS (and Stewart serves as an executive producer on the series, though he is not believed to have much involvement in the day-to-day production of the show).

His bit parts on a new generation of late-night shows bear some resemblance to Johnny Carson’s surprise entrance during David Letterman’s “Late Show” tenure. In May of 1994, Carson emerged from behind the curtain during Letterman’s popular “Top Ten” segment while the host was doing a series of programs from Los Angeles.

While that appearance was Carson’s last on TV, chances are Stewart will be popping up again in the not-too-distant future: He has a deal to produce programming for HBO.