Continue to Variety SKIP AD
You will be redirected back to your article in seconds
Jun 13, 2016 10:15am PT

John Oliver on Orlando Shooting: ‘This Pain Is So Familiar’ 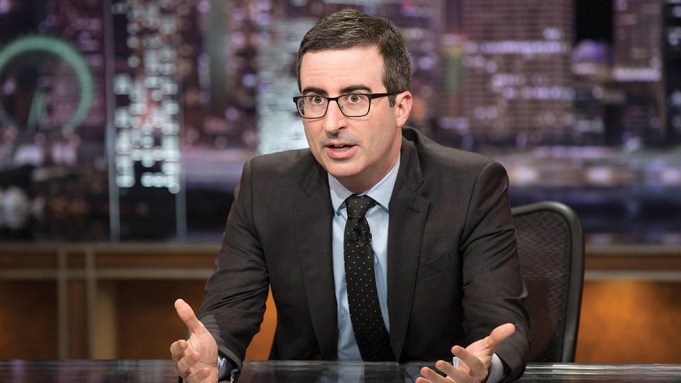 “As I’m sure you know by now, at least 50 people were killed by a gunman at a gay nightclub in what is being described as a terrorist attack,” Oliver said. “Look, it’s still early and details are still emerging, and right now … this just hurts.”

29-year-old Omar Mateen of Fort Pierce, Fla., opened fired during a Latin-themed night at Pulse nightclub at approximately 2 a.m., and later held patrons hostage before exchanging fire with officers, which eventually led to his death. Mateen was initially counted as one of the 50 causalities, but was removed from that list after authorities determined he wasn’t a victim.

Oliver said the attack was reminiscent of the Paris shootings

“And the worst thing is — this pain is so familiar. In Paris last November, terrorists seem to target places symbolizing everything that is wonderful about France: culture, music, restaurants,” he said.

“But for right now, on a day when some dips— terrorist wants us to focus on one man’s act of brutality and hatred, it might be worth seeing this video, which was posted to Twitter today. It shows hundreds and hundreds of people this morning lining up around the block in Florida waiting to donate blood, and it kind of reminds you that this terrorist dips— is vastly outnumbered.”

The Orlando incident is the deadliest mass shooting in American history.

Some good: a video of the line to give blood in Orlando right now (taken by my best bud) pic.twitter.com/0jx8JKvm6D