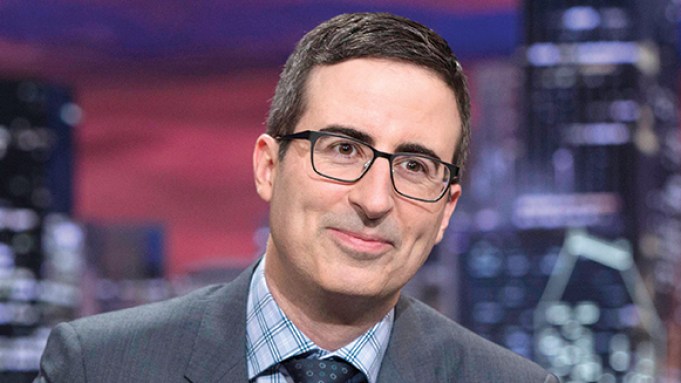 The scathing, four-minute segment — titled “How Is This Still a Thing?” — highlighted a disturbing practice as old as the industry itself: casting white actors to play non-white characters. While this year’s #OscarsSoWhite controversy, which came to light when the Academy nominated only white actors in the four acting categories for the second year in a row, focused on the lack of recognition and the lack of opportunities for people of color, the “Last Week” segment suggests that the roles are out there, they’re just played by white actors.

“That’s right — Jake Gyllenhaal, a white American with a Swedish last name, was cast to play the ‘Prince of Persia’ from, you know, Persia,” said a voiceover. “And he’s far from alone. Just last year, Emma Stone played the half-Asian Allison Ng in ‘Aloha.’ Apparently, ‘aloha’ means ‘hello,’ ‘goodbye’ and ‘you’ve got to be f—ing kidding me.'”

Other examples included “Exodus: Gods and Kings” and “Gods of Egypt.” British actor Christian Bale and Australian thesp Joel Edgerton playing Moses and Ramses, respectively, in “Exodus.” In response to the whitewashing backlash in “Exodus,” the video cites a Variety cover story with director Ridley Scott, who implied that Hollywood studios don’t back big-budget tentpoles toplined by non-A-listers.

“I can’t mount a film of this budget, where I have to rely on tax rebates in Spain, and say that my lead actor is Mohammad so-and-so from such-and-such,” Scott says. “I’m just not going to get it financed. So the question doesn’t even come up.”

However, the practice is nothing new, says “Last Week Tonight,” citing Mickey Rooney’s performance as Mr. Yunioshi in “Breakfast at Tiffany,” which the New York Times dubbed “broadly exotic” in 1961. Natalie Wood also played Maria in “West Side Story” (1961) and John Wayne took on Genghis Khan in “The Conqueror” (1956).

“And maybe all of this would be less egregious if every time an actor of color took on a traditionally ‘white’ role, half the country didn’t go apes—,” the segment says, spotlighting the public outcry following Amandla Stenberg’s casting as Rue in “The Hunger Games,” Quvenzhané Wallis’ titular role in “Annie,” Michael B. Jordan as Johnny Storm in “Fantastic Four,” John Boyega’s stormtrooper Finn in “Star Wars: The Force Awakens” and the mere possibility of Idris Elba playing James Bond.