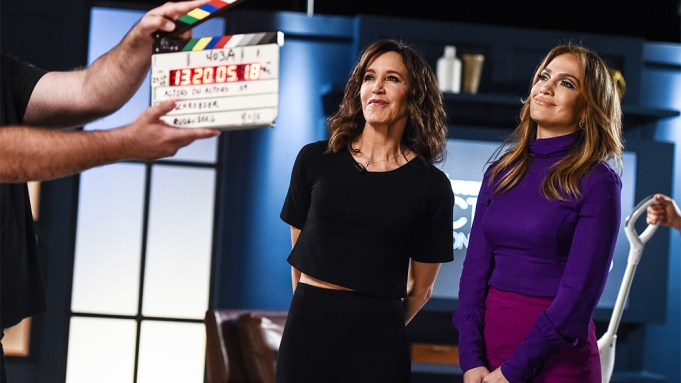 Jennifer Lopez and Felicity Huffman found a maternal common ground during their conversation for the fourth season of Variety and PBS’ “Actors on Actors” series. The two actresses, who are starring in “Shades of Blue” and “American Crime,” respectively, struggle with juggling motherhood and work — something they say many men don’t experience.

“Was it zero?” Lopez asked.

“You know when it was over for them,” Lopez added.

“If I get lost in my work for a little while. I feel so guilty when I come out of that haze. Like, ‘Oh god, it’s been seven hours and I haven’t even checked on them. What is wrong with me? What kind of mother are you!?'” Lopez said.

Lopez said one of the keys to maintaining the balancing act is having the right people around her.

“It’s having good people to help you take care of those kids. You know, my kids visit me at the set. They have a room on the set so after school they come right there. I try to shoot this show in the summer so it’s only a couple of months that I’m doing the show when they’re in school. We work it out and have a life and this is their life,” she said.