Ice Cube on Oscars: ‘You Can’t Boycott Something You Never Went To’ 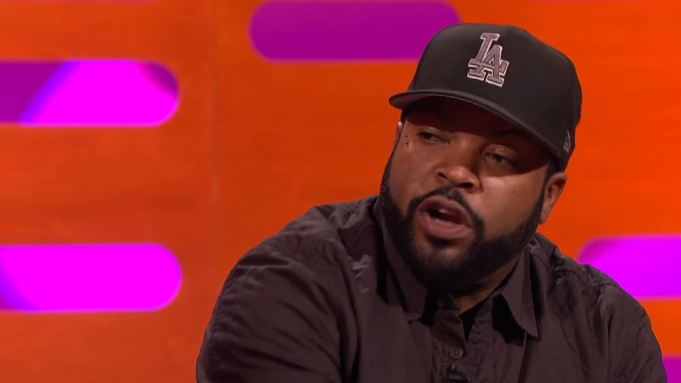 “Straight Outta Compton” producer Ice Cube offered his two cents on the Oscars boycott and his N.W.A biopic’s exclusion from the Academy’s best picture category on a Friday episode of “The Graham Norton Show.”

When Norton asked Cube if he’d still attend the Feb. 28 ceremony, he responded, “I never used to go anyway. You can’t boycott something you never went to.”

On the topic of the Academy failing to recognize “Straight Outta Compton” — which received an Oscar nod for best original screenplay — in the best picture category, Cube said that being upset about the situation was like “crying about not having enough icing on your cake.”

“We don’t do movies for the industry. We do movies for the fans, for the people,” he said. “If the industry gives you a trophy or not, or pats you on the back or not, it’s nice, but it’s not something you should dwell on.” He added, “We got accolades from all levels. We got so much praise for the movie.”

The controversy surrounding the diversity of the 2016 Oscar nominees has persisted for over a week, leading industry figures like Will Smith, Jada Pinkett Smith and Spike Lee to boycott the 2016 ceremony, and others, like Michael Caine and Charlotte Rampling, to respond to the backlash by suggesting that the actors who weren’t recognized were excluded not for their race, but because their performances weren’t deserving of a nomination.

Though Hollywood’s reaction has been mixed, the Academy announced Friday that, in an attempt to increase the number of women and minority members of the Academy,  a series of changes would be applied to its voting and recruitment procedures.