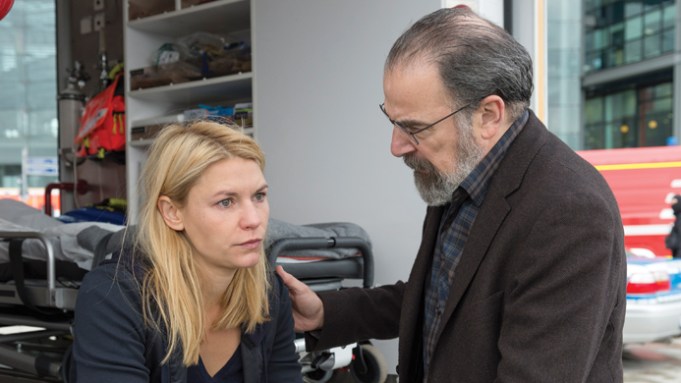 Carrie Mathison and Dar Adal are at each other’s throats again in the sixth season of “Homeland,” judging by the first footage of the new season.

Showtime released a 90-second trailer on Friday that features the first glimpse of the season that will be set in New York City during the transition of power in the White House between Election Day and the inauguration.

Claire Danes’ intrepid Carrie has left the CIA (again) and appears to be reunited with her young daughter, Frannie. She’s expected to become involved with the president-elect, who happens to be a woman (played by Elizabeth Marvel). It’s also known that Carrie is tending to her former colleague and occasional lover Quinn (played by Rupert Friend), who ended season five in a coma.

“Homeland” producers have said the sixth season will deal with the domestic fallout from the war on terror sparked by the 9/11 attacks on New York City and the Pentagon, particularly as it has impacted Muslims and Middle Easterners in the U.S.

The trailer features a glimpse of the Otto During character, the activist billionaire who proposed marriage to Carrie at the end of Season 5.