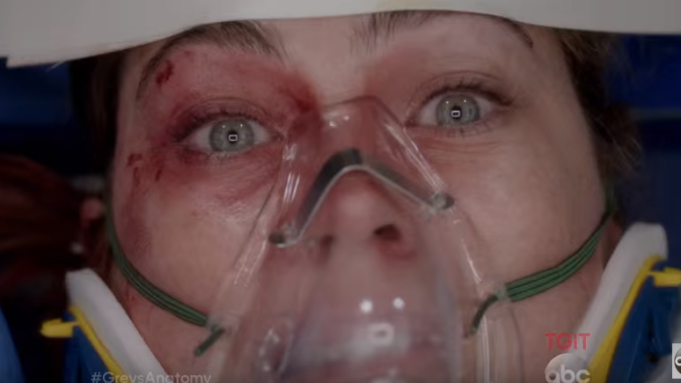 That’s what Martin Henderson (Dr. Nathan Riggs), one of the newest members of the cast of “Grey’s Anatomy” wanted to know when Thursday’s episode of the medical drama was screened recently at the aTVfest in Atlanta hosted by SCAD (Savannah College of Art & Design).

The intense, emotional episode focuses on Meredith Grey (Ellen Pompeo), who gets badly beaten by a patient she’s treating at Seattle Grace — and her long road to recovery.

After the screening, Henderson — along with castmates Jason George (Dr. Ben Warren) and Giacomo Gianniotti (Dr. Andrew DeLuca) — took the stage for a panel moderated by Variety‘s Debra Birnbaum.

“My favorite part of doing this job is doing the table reads,” revealed George, adding that that’s when he first reads the script. “It’s literally hot because they just finished writing it five minutes before we got there. This particular script was jaws on the floor.”

The actors were also thrilled to work with this episode’s director: none other than Denzel Washington. “They threw this extra curve ball at us,” said George. “People freaked out. Twelve seasons of doing this show, and it was like their first day again.”

Joked Gianniotti, “I didn’t think this job was going to be my opportunity to work with Denzel Washington.”

Henderson said he was welcomed warmly into the cast. “The thing that shocked me the most was how much people were actually enjoying their job,” he said. “I thought it was going to be a lot of people who were tired of doing the same thing for over a decade and a bit over it. That wasn’t the case.”

But he wouldn’t offer any spoilers about the lingering mystery about the relationship between his character and Dr. Owen Hunt (Kevin McKidd). “I’m more interested in when I’m going to find out!” he joked.