Continue to Variety SKIP AD
You will be redirected back to your article in seconds
Mar 28, 2016 10:00am PT 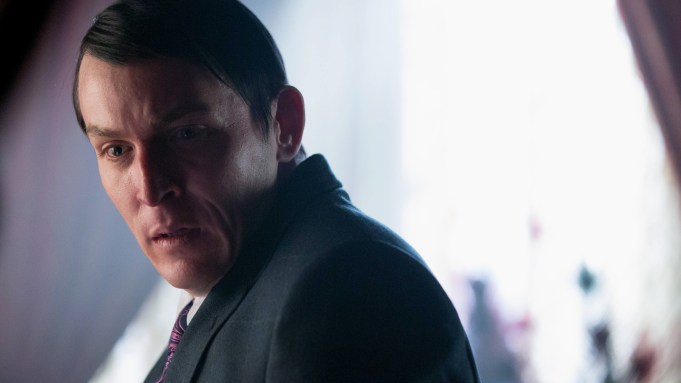 Family matters to “Gotham’s” Oswald Cobblepot (Robin Lord Taylor), and after losing his beloved mother earlier this season, the seemingly reformed crime lord is more desperate for connection than ever. Thankfully, he may have found it again thanks to last week’s introduction of Elijah Van Dahl (Paul Reubens) — Penguin’s long-lost father.

Elijah welcomed his wayward son into the fold with open arms and no questions asked, but in episode 16 of Season 2, titled “Prisoners,” it appears that the rest of Penguin’s newfound family might not be so accommodating. In Variety‘s exclusive sneak peek from the March 28 episode, we see that Oswald’s stepmother Grace (Melinda Clarke) and his siblings Charles (Justin Mark) and Sasha (Kaley Ronayne) have made a startling discovery that raises some questions about their new house guest and his checkered past. Since everyone in Gotham City has their own agenda, it seems safe to assume that Grace has secrets of her own — indeed, Fox’s summary for the episode hints that as Penguin grows closer to his father, his stepmother and siblings are moving forward with their own plans for the family.

Elsewhere in “Prisoners,” after Gordon (Ben McKenzie) is removed from protective custody, he begins to face new threats and dangers inside prison walls. In order to survive, he must rely on a new friend, as well as Bullock (Donal Logue) and other outside help.