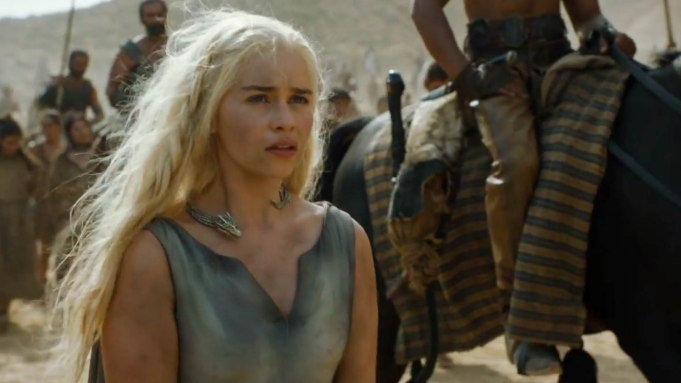 HBO has released the first full-length trailer for “Game of Thrones” season 6.

Set to an acoustic version of Chris Isaak’s “Wicked Game,” the new footage teases the return (and demise) of some of the show’s leading characters, including Jon Snow.

HBO recently decided not to issue media screeners of “Game of Thrones”  to avoid leaked copies online.  The Emmy-winning series, based on the George R. R. Martin novels, was the most-pirated TV show of 2015 with an estimated 14.4 million illegal downloads.

The sixth season of “Game of Thrones” premieres April 24.