‘Game of Thrones’ Bosses Offer an ‘Apology’ for Sunday’s Episode 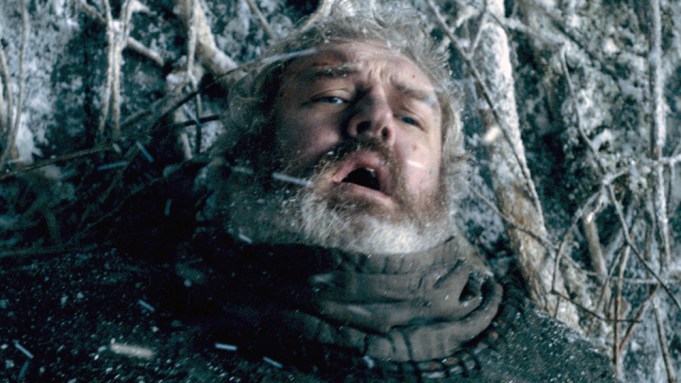 The executive producers of “Game of Thrones,” David Benioff and D.B. Weiss, are used to traumatizing their viewers — but they don’t often apologize for it.

On “Jimmy Kimmel Live” Tuesday night, the showrunners made an appearance to issue “a heartfelt apology” to the HBO series’ loyal fans for the events of Sunday’s episode, in which beloved character Hodor died protecting Bran Stark. Hodor’s tragic death — holding a door to keep a horde of undead Wights away — came mere moments after we learned that Bran was somehow responsible for damaging Hodor’s mind and leaving him incapable of saying anything other than “Hodor,” as a result of Bran’s ability to visit the past.

But the producers weren’t apologizing for killing off Hodor — “we kill a lot of main characters,” Benioff deadpanned — but instead for “all the idiots who, from now on, will be shouting ‘Hodor’ every time you go through a door.'”

Sitting on a couch covered in money, Weiss noted, “we forgot how annoying people can be — that’s our bad.” Benioff agreed, “We should’ve seen that coming.”