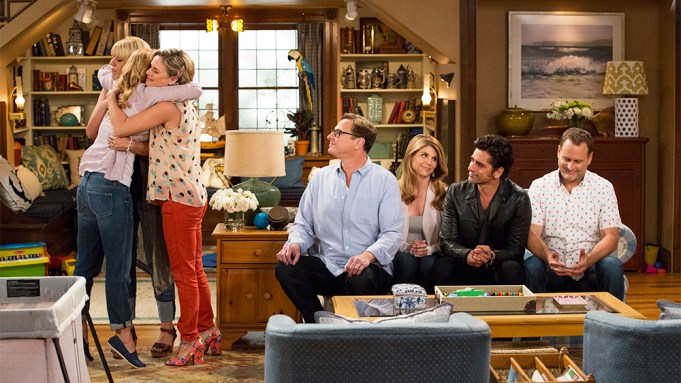 The “Fuller House” cast gets sentimental as they “go back home” in a new featurette for their upcoming Netflix reboot.

The stars reflected on returning to the show in a behind the scenes video released by the streaming service on Tuesday.

“We are a family and have been a family since we started doing the show 28 years ago,” she said.

The clip also shows the cast, which includes John Stamos, Bob Saget, Andrea Barber, Dave Coulier and Lori Loughlin, interacting with the live audience and joking around in between takes.

“Looking around the room, seeing all those wonderful faces that I love, was a moment that you get maybe once or twice in life,” Coulier, who plays Uncle Joey Gladstone, said. “They say you can never go back home, but we came back home.”