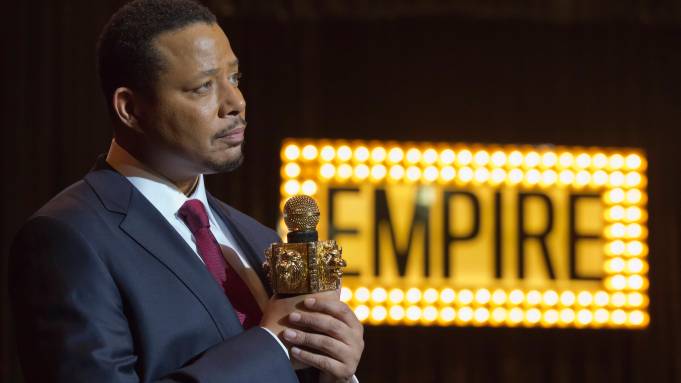 With less than a month to go until “Empire” returns with its third season, the cast and crew behind Fox’s hit drama are gearing up for another drama-packed year.

Season 2 left off with a major cast member falling to her death, leaving viewers wondering who was killed off. The season also introduced Lucious Lyon’s (Terrence Howard) mother and the Empire king’s surprising half-brother who happens to be with the feds. (To catch up on the second season, read our finale recap here.)

“She’s very dangerous because she could ultimately be a threat to his life,” Howard says of his on-screen mother in a new video, exclusively released by Variety (above).

The season finale also saw Lucious shockingly marrying Anika (Grace Gealey), furthering the messy relationship between him and Cookie (Taraji P. Henson). “Lucious has always said Cookie is his one. It’s probably one of the few true things Lucious has ever said,”  showrunner Ilene Chaiken says in the video.

“The season ends with Lucious a little bit on his heels,” Malcolm Spellman, co-executive producer and writer, says. “Season 3 picks up and Lucious has realized he needs control over his family always because his family is the business.”

Howard teases the new episodes, bluntly stating: “I’m episode by episode, but from what they’ve established thus far, there’s a lot of heartbreak to come.”