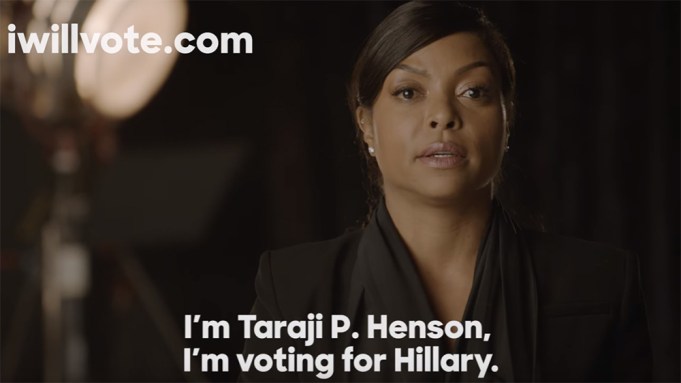 The new ad is called “What Will You Say,” and highlights “what’s at stake for the African American community in this election,” the Clinton campaign said in a statement announcing the spot. It will run on TV and online in battleground states.

“What will I tell my son?” asks Henson in the spot. “What will you tell your daughter? What will we tell the future generation?” The video ends with each star declaring their declaration to vote for Clinton.

Daniels spoke at the Democratic National Convention in July.