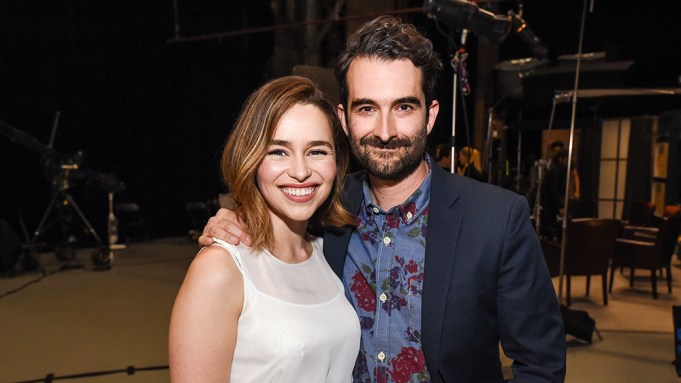 Emilia Clarke and Jay Duplass talked each other through the uncomfortable experience of filming sex scenes during a one-on-one interview for Variety and PBS’ “Actors on Actors” series.

“There was one day in the first season of ‘Transparent,’ probably about seven days in, where what everyone thought was going to be my most fun day, where I had to have sex with four strangers on camera,” said Duplass. “I went to Catholic school. I’ve had like four girlfriends in my entire life. Like my character on the show has had sex with more people in season one than I’ve had in my entire life.”

While Duplass did say filming sex scenes can be funny after the fact, he admitted it feels weird taping the scenes with so many people standing on set and watching.

Things aren’t much easier for Clarke, who’s also had some challenging times on the set of “Game of Thrones.” Like Duplass, her first season took her on a wild ride.

“Season one of ‘Game of Thrones’ — like everything — I did it all,” said Clarke. “I got raped, I came out of the fire, I was butt naked. … I was pregnant and then lost it and then kind of gave birth to something else. So, season one was the most challenging out of everything. But the naked stuff is always difficult.”

“It’s one of the few times where you can’t just be in the moment because it’s like the most choreographed stuff that you have to do,” added Duplass. “It’s basically like doing Pilates for a long time without any reward to come.”